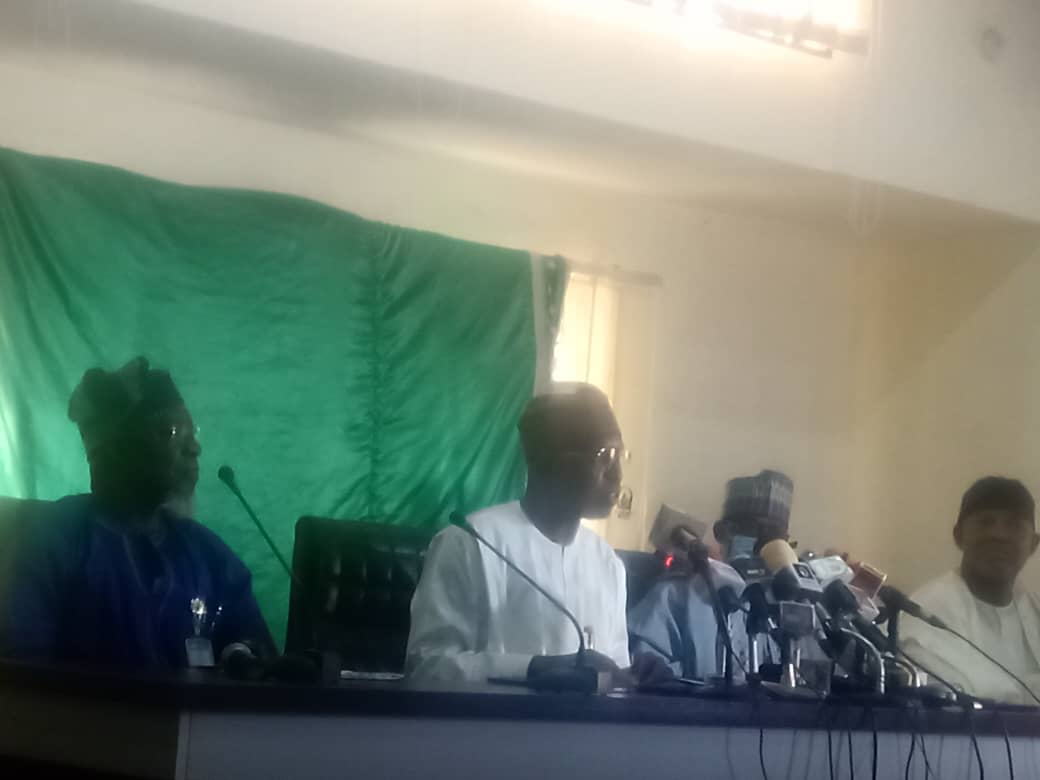 The National Universities Commission (NUC) has announced the dissolution of the joint ownership of the Ladoke Akintola University of Technology (LAUTECH), Ogbomosho, Oyo state and the College of Health Sciences, Osogbo Osun.
Prof. Abubakar Rasheed, Executive Secretary, NUC, made the announcement at a news conference on the resolution of the lingering ownership crisis of the institution in Abuja on Friday.
Over the years, the joint ownership arrangement of LAUTECH and the college of health sciences has been characterised by governance challenges.
These challenges have been affecting the appointment of Vice-Chancellor and other principal officers as well as irregular payment of staff salaries.
Rasheed said that in response to the call by stakeholders to intervene in the crisis, the commission constituted a Tripartite Committee comprising representatives of both states to interface with stakeholders toward finding a lasting solution to the seemingly intractable crisis.
He added that the committee which commenced its work reached an agreement with the states on the sharing of assets and liabilities of LAUTECH by Oyo and Osun states.
” It is gratifying to note that after extensive deliberations, negotiations and consultations, both owner states mutually agreed terms and the joint ownership of LAUTECH was formally dissolved.
” The mutually agreed dissolution was formalised through the signing of a memorandum of agreement by the Executive Governors of Oyo and Osun states witnessed by the Attorneys-General of both states, giving legal effect to the transfer of ownership of LAUTECH to Oyo state and the college of health sciences to the government of Osun state.
“The NUC wishes to commend and express its profound gratitude to the governors of both states for their examplary statesmanship, leadership and tremendous sacrifice by putting the interest of LAUTECH and its over 30,000 students above political and other considerations,” he said.
Rasheed said that the governor of Oyo state was working to upgrade the state hospital to a teaching hospital to accommodate the medical students of LAUTECH.
He added that in like manner, the college of health sciences Osogbo would benefit the medical students of Osun state university.
The executive secretary, however, urged both states to bear full cost and responsibilities of the university to boost and expand its capacity.
He, therefore, pledged that the commission would work with stakeholders to ensure the full and faithful implementation of the terms of the agreement in all its ramifications as well as ensure LAUTECH gets on track in the discharge of its tripodal mandates of teaching, research and community service.
LAUTECH, Ogbomosho was established in 1990 by the old Oyo state government with the main campus located in Ogbomosho.
The teaching hospital was subsequently established and located in Osogbo.
However, when Osun was carved out of the old Oyo state in 1991 both states became joint owners of the institution.