NGOs call for scholarships for children with cognitive disabilities 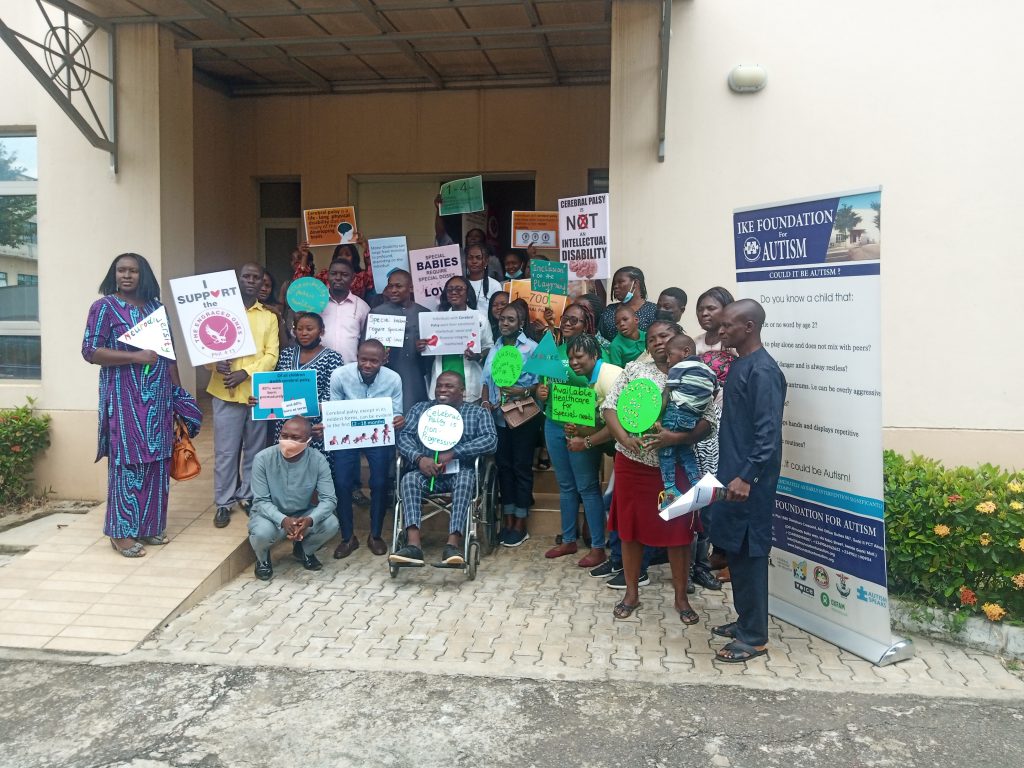 Two NGOs have called on the Federal Government to reintroduce bursary or scholarships for children with cognitive disabilities to help support their parents to educate them for live better lives in the society.

The NGOs made the call at a news conference on Monday in Abuja during the commemoration of the World Cerebral Palsy (CP) Day, which is usually celebrated on Oct. 6.

The NGOs are “the Engraced Ones Prayer Support and Advocacy Initiative, a support group for the special needs and IKE Foundation for Autism (IFA)’’.

Mrs Biboara Yinkere, the Convener, the Engraced Ones Prayer Support and Advocacy Initiative also called on the government to make employment of physiotherapists, occupational and speech therapists of utmost importance in all government schools to care for the children with cognitive disabilities.

According to her, this will ensure all round development of the children.

She urged the government to make training and retraining of special educators a priority for them to have a broader knowledge of children with cerebral palsy.

Yinkere also urged the government to make available computer-based educational programmes, saying virtual learning should be adopted to accommodate those who could barely use their hands and those who had mobility challenges.

She noted that there was need to ensure that all schools, recreational centres among others had the accessibility facilities, stressing that the major challenges faced by persons with cerebral palsy was mobility.

She said that women should not to be discharged immediately after giving birth in the hospital until after two or three days to enable the doctors to study if any abnormality would be defected in the child.

“The Federal Government should intensify effort in the implementation of National Disability Act to reduce the incidences of discrimination and stigmatisation of persons with cerebral palsy.

“Government at all levels should channel resources towards building of diagnostic centres across the states because there is a saying that `health is wealth’, it will be a good move that serves as a preventive measure.

“The national commission for Persons with Disabilities (PWD) should make conscious effort to involve parents of children with cerebral palsy so that they partake on behalf of their children in all activities of the commission,’’ she urged.

Mr Mohie-Francis Oko, the Director, IKE Foundation for Autism, said that the news conference was part of the continuous campaign to eliminate autism stigma in Nigeria and Africa as a whole.

According to him, if the ratio of those living with special needs is ignored, the society remains incomplete and this will result in economic disadvantage for the country.

He called for the treatment of those with special needs with higher respect and dignity for them live fulfilled lives.

Oko said that cerebral palsy is multi-tasking and people with such disability must be promoted in any form. (NAN)