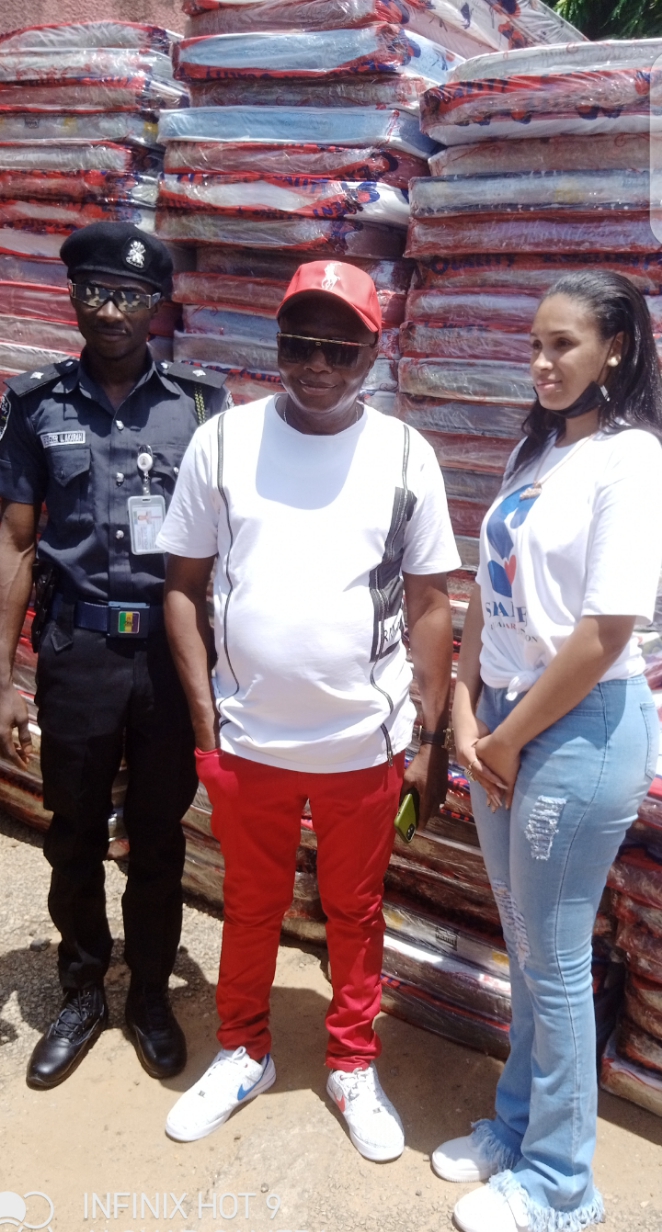 Shamies Unusual Hearts Foundation, a Non-Governmental Organisation, on Sunday in Abuja fed and entertained over 1,000 inmates at the Kuje Correctional Service facility to ease depression.

Mrs Sarah Abdul, Executive Director of the foundation, who fielded questions from journalists shortly before the concert, said the gesture was to give hope to the inmates.

According to her, most of the inmates had been locked up for so long, as such they were undergoing depression.

“I  feel this will help alleviate the depression most of them are passing through. So, those are the things am trying to do for the inmates.

“This is the third year I am officially doing this, but personally, I have been doing this for a very long time.

“We have over 1,000 inmates here and we have mattresses to give them. We also brought medical supplies, food, water and entertainment,” Abdul said.

Mr Ebenezer Akarah, the President of BTC Bars Group and one of the sponsors, said they were at the facility to celebrate Abdul’s birthday.

“We take this as our corporate social responsibility to reach out, not only to the inmates, but to others that need help with food and entertainment to mark the foundation founder’s day.

” I will love to see other foundations and people take this kind of step by Shamies Foundation. I feel great to be part of this humanitarian gesture,” Akarah said.

Also speaking, Deputy Controller-General of the Command, Mr Agada Gabriel, the Officer in charge of the Custodial Centre appreciated the foundation for the gesture.Gabriel said that the Federal Government had been fulfilling its obligation in catering for the inmates in Kuje Correction facility. (NAN)