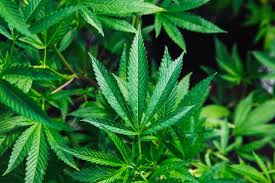 The NDLEA, FCT Commander, Mr Lawan Hamisu, confirmed the interception and arrest of one suspect on Wednesday in Abuja.

Hamisu said that the arrest was made in early hours on Tuesday, Dec. 29, adding that the consignments were loaded in a company-branded truck (name withheld).

The commander said that the operation was part of the end of the year special patrol by the agency to mop up illicit drugs smuggling across the nation.

According to him, one male suspect, Mohammed Abdulganiyu, 35, who drove the truck, was apprehended with the consignment on his way from Okene in Kogi to Kano.

He said the suspect, during interrogation by NDLEA officials, said he had never been into the illicit drugs smuggling.

Abdulganiyu appealed to NDLEA to have mercy on him.

The commander, while commending the operatives who arrested the suspect, described the seizure as a panacea for peace and positive step toward eradicating illicit drugs from circulation.

“This is part of the end of the year activities and we are going to step up our patrol operations, especially the major source of the illicit drugs in Nigeria.

“We are also stepping up our activity along the ever-busy Lokoja, Abuja and Kaduna expressway.

“What you are seeing here are bags of cannabis sativa.

“This is about 34 bags; the driver ordinarily would have taken the consignment to Kaduna, before proceeding to Kano, where he was going initially.

“My preliminary investigation shows that he (the driver) only gave the name of the owner to receive the goods as M.M. and though we have his phone number.

“We will do some background work on the phone number.

“Investigation is on and as soon as we are done, we will charge the matter to court,’’ he said.

“The NDLEA law provides that there is a level of liability that could behold and inflict the owner of property or vehicle used in committing crimes.

The commander said that the consequences of trafficking in illicit drugs and abuse of dangerous substances should be the concern of every well-meaning Nigerians.

On his part, the driver said that it was his first time involving in such and pleaded for mercy.

Abdulganiyu claimed that the owner of the goods told him to drop them in Kaduna for a charge of N25,000.