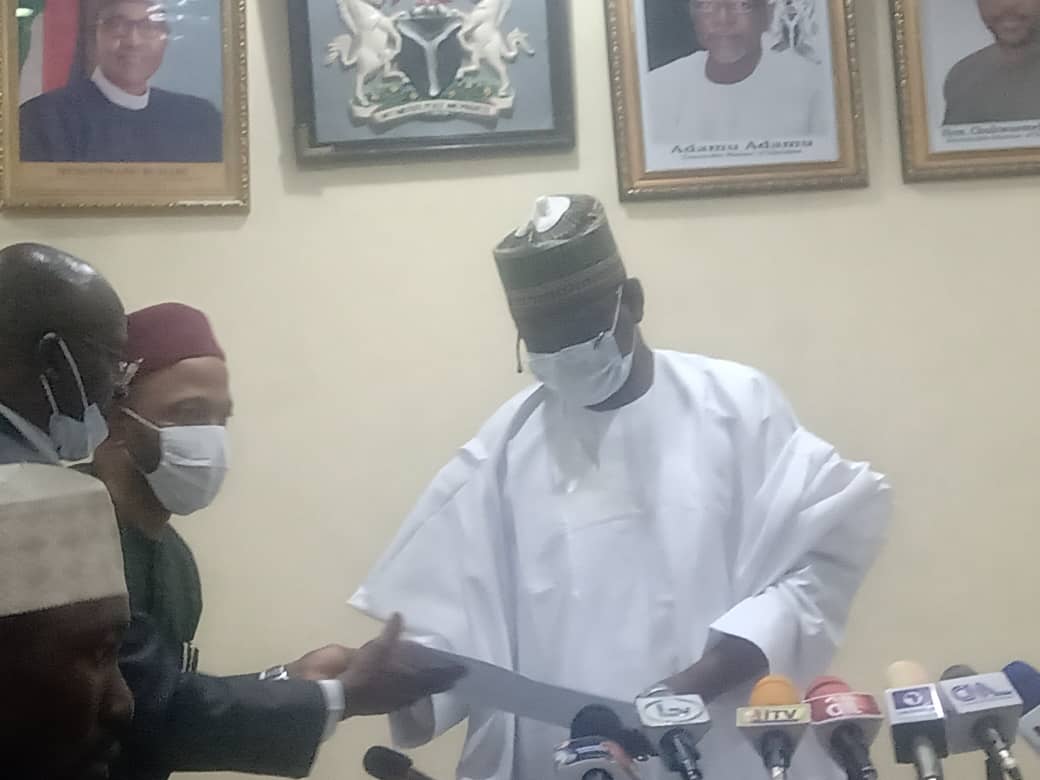 The Minister of Education, Adamu Adamu has announced the results of the just concluded National Common Entrance Examination (NCEE) with 24,416 candidates scaling through, scoring a minimum of 66.

Adamu, who announced the results at a news conference in Abuja on Monday, said that the total carrying capacity of the 110 unity colleges which stood at 26,625 had added additional 720 slots.

He said that the overall best student was Umeonyiagu Crucifixio, an indigene of Anambra who scored 199 out of 200.

He said that Onwuamanan Udochukwu from Imo scored 198 and Aderemilekun Salaam from Ogun scored 197.

“As has been the tradition for decades, the admission criteria include 60 per cent on merit, 30 per cent based on states’ representation in the unity colleges and the remaining 10 per cent covers other sundry considerations.

“Consequently, in this year’s admission, the 60 per cent merit based admission will come first, followed by the 30 per cent equality of states and 10 per cent discretion.

“I have therefore, directed that within 72 hours of the receipt of the results, all principals are to complete both the merit based (60 per cent) and the 30 per cent of equity of states’ admission.

“ The selection meeting to be held at a designated date and venue will deal with the shopping and swapping of candidates to meet the 30 per cent states representation as much as possible. Adamu said.

The minister directed the selection committee to adhere strictly to the COVID-19 protocols by following the carrying capacity of each school without exception.

According to him, this will help to avoid congestion of the classrooms thereby rendering the children vulnerable to the pandemic.

Prof. Godswill Obioma, NECO Registrar while presenting the result to the minister said that the examination was conducted under the supervision of external auditors.

Obioma said that 16,714 candidates were absent for the examinations due to EndSARS protest.

“Everything was monitored, supervised by external auditors. I will like to say that a total of 93,929 candidates registered for the examinations out of which 70,580 sat and 16,714 were unavoidably absent.

“Following the profile of grading of marking, we will like to inform the minister that we have done the analysis based on states of domicile, origin and other consideration,’’ he said.

The NECO boss said that generally speaking, the national merit cut off mark was 142 and unfortunately the least score was two.