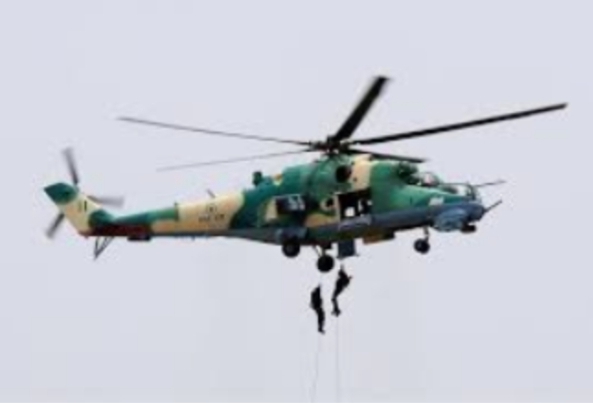 Three hundred and twenty seven personnel of the  Nigerian Air Force (NAF) on Friday, completed their training on aircraft maintenance from the Air Force Institute of Technology (AFIT), Kaduna.

Represented by the NAF’s Chief of Aircraft Engineering, NAF Headquarters, AVM Musa Mukthar, he noted that the Federal Government had continued to provide the necessary support to sustain the tempo of operations against insurgency, terrorism and armed banditry.

“We must continue to work to justify the confidence reposed in us by ensuring that resources committed to platforms and equipment acquisition are not frittered away through poor maintenance or sustenance,’’ he said.

The Air Chief urged the personnel to sustain the tempo in the fight against banditry, insurgency and terrorism,stressing the need for them to discharge their duties with utmost dedication.

“We must individually and collectively maintain the right course to bequeath a better trained, equipped, highly motivated and operationally effective service that would continue to make the nation proud,” he said.

Earlier, the Commandant of AFIT, AVM Musbau Olatunji, stated that the institute  had strived to live up to its mandate in producing innovative and knowledgeable personnel.

He noted that the Chief of Air Staff had given special attention to AFIT, being the arrow-head of his quest for purposeful training and capacity building, especially for the sustenance and maintenance of platforms.

The Commandant stated that the Chief of Air Staff had approved funds for the accreditation of some courses on Degree programmes, as well as for the acquisition of an ambulance for the clinic of the Institute.

He stressed that the courses would further enhance the skills of personnel in maintenance and sustenance of NAF platforms.

He  congratulated the graduands and urged them to employ the spirit of resilience, doggedness and determination in the field, as they leave for their various units.