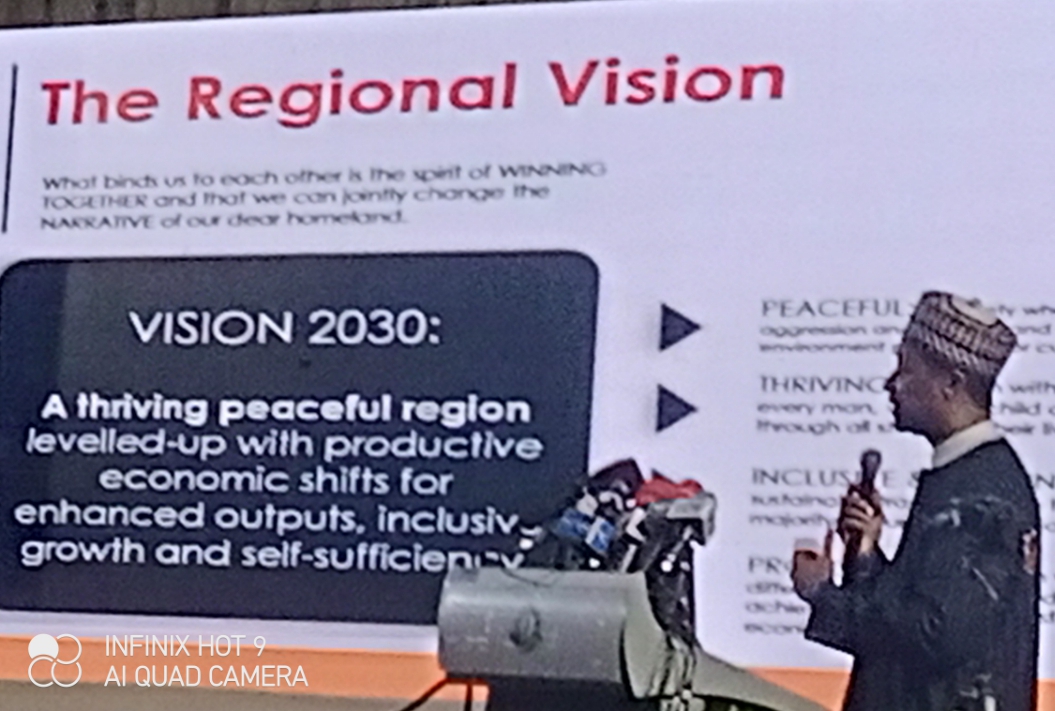 Tarfa made the call at the consultative meeting with Federal Ministries, Department and Agencies (MDAs) and security agencies on the North-East Stabilisation and Development Master Plan project, in Abuja on Tuesday.

He stressed on the enormity and quantum of investment in human capital, economic development and infrastructure that would be required in a decade or two to rebuild the region.

According to him, the cost of implementation of the 10-year (2020-2030) Masterplan for rebuilding of the region, destroyed by activities of the insurgency, will be huge.

“The enormity and cost of rebuilding the North-East is high, hence all stakeholders, both in the public and private sectors need to garner resources to achieve that.

“Therefore, it is imperative that some critical and timely steps are taken in this direction,” he said.

The chairman urged the Minister of Humanitarian Affairs, Hajiya Sadiya Farouq, to consider some initiatives to address the funding challenges which included but not limited to further legislation.

He also stressed the need to convene a donor and funding conference for the region.

He said that there was also the need to open up the vast commercial and trade corridors across the borders with the neighbouring countries to enhance acceleration of development of the master plan.

He called for fostering linkages and cooperation toward improvement of livelihood and general socio-economic development of the wider Lake Chad Basin Region.

Tarfa urged the participants to pay special attention to some key areas in the proposed master plan, including robust monitoring, evaluation and coordination framework to ensure good governance and transparency in the execution of projects.

He also called for civil-military relationship; human capital development in relevant professions and competencies as well as special initiatives for women, youths and Persons Living with Disabilities.

The chairman stressed on the need to streamlining and aligning Federal Government initiatives in the region, proper coordination with all development partners and donors as well as completion of viable abandoned projects.

“Considering the importance of education to the region, the commission has established an ambitious education endowment fund with an initial seed capital of N6 billion , which is replenishable annually with 10 per cent of budgetary allocation of the commission.

“The fund is for the award of scholarships, capital building for teachers, nurses and other medical workers, agricultural extension officers, and other professionals.

“This is necessary to address the poor human capital indices of the region, which is reported to be one of the lowest in the country,” he said.

The Managing Director of the commission, Mr Mohammed Alkali, said the consultative meeting was to enhance development and implementation of the master plan.

Alkali said that earlier, the commission had consulted relevant stakeholders in a bottom-up approach toward producing a holistic master plan that could be implemented diversely and comprehensively in the North-East.

“So far, engagements on the master plan are held at grassroots level in all the 112 local government areas in the Region.

“Also, with humanitarian, development and peace building, actors, representatives of all member states, CSOs/CBOs, the private sector and federal legislators from the region.

,”The event we are witnessing today is one of the high points of such consultations because all the federal MDAs and security agencies execute priceless and impactful interventions in the North-East region,” he said.

According to him, all stakeholders are involved in evolving a comprehensive master plan, which when approved, will serve as a compendium of relevant, demand-driven, viable and sustainable schemes, programmes and projects, which all stakeholders can key into.

He said that the localisation framework of the Federal Ministry of Humanitarian Affairs and the general mandate of the NEDC, as the coordinating agency in the region made it imperative that MDAs were actively involved

He added that the commission would present an overview on the current status of the master plan and seek to harness inputs from the MDAs and security agencies for inclusion in the Plan.