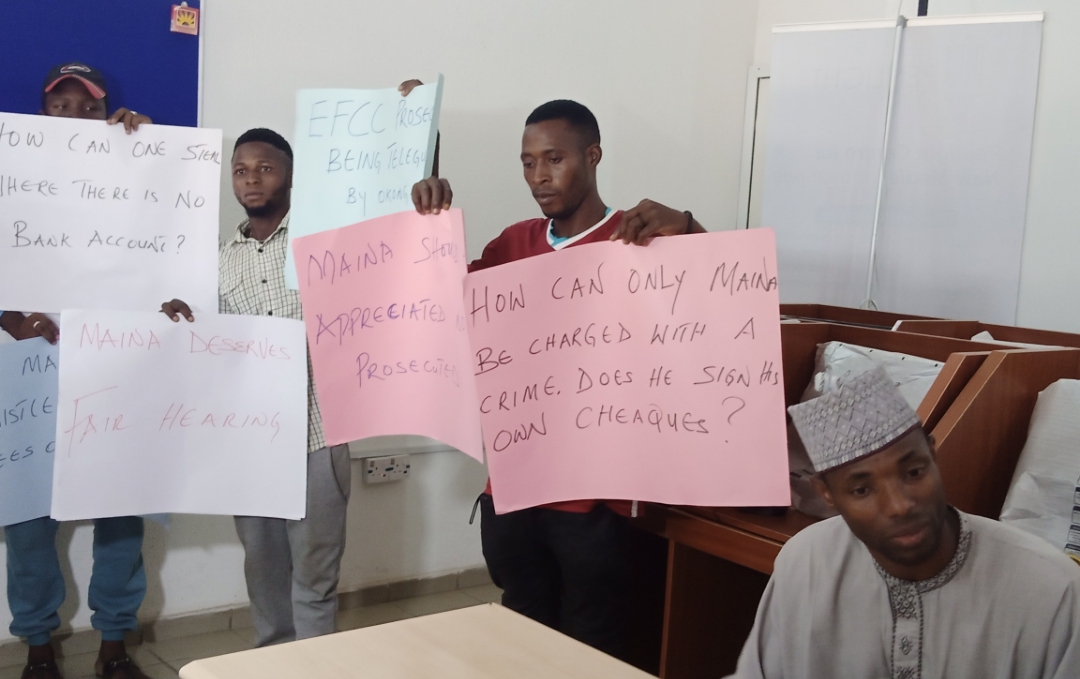 The Centre for Eradication of Hunger, Diseases and Iliteracy in Africa, has called on the Attorney General of the Federation and Minister of Justice, Mr Abubakar Malami, to ensure justice and fair hearing for Malam Abdulrasheed Maina.

Malam Muhammed Shinkafi, the North-West Coordinator of the Centre, made the call at a news conference on Saturday in Abuja.

Shinkafi said Maina, the Chairman of the defunct Pension Reform Taskforce, was alleged to have embezzled public funds and it was only good to ensure that fair hearing and justice are given for the interest of both Maina and the public.

“We have it on good and credible source that Maina had applied to be given another judge on his matter but it was not granted.

“Note that he is also very sick and have breathing difficulties which is 15 over 100, and he has applied to go for treatment abroad after the teaching hospitals said they don’t have the capacity to treat his illness.

“The lawyer had applied for him to be flown abroad to get a comprehensive and better treatment to save his life; and again we hear the application was not not granted.

“But with these denials, the question is what were the sins of Maina?. Whatever it is, we have a justice system that should guarantee justice and fair hearing to all citizens of the country,” Shinkafi said.

He said Maina is entitled to facilitation fee and whistle blower fee that has amounted to over N120 billion from the over 2.9 trillion that he helped recover for the Federal Government.

According to Muhammed, Maina was alleged to have embezzled over N2 billion from the pensions fund, adding that if paid his commission, it could offset the N2 billion.

Muhammed said the committee that Maina headed had no bank account to operate and wonder how the allegation came about in the first place.

He said people would like to hear what Maina has to say and it is the right of the people to know what Maina would say on how he embezzled N2 billion.

“We call on the Federal Government, the Attorney General of the Federal and Chief Judge to please intervene and get to the root of the matter and solve it once and for all, because Nigerians are eager to know everything about the matter.

“If you may recall,” he said, he knew of 90 bank accounts that were used to perpetrate corruption in the country and President Muhammadu Buhari has zero tolerance to corruption. So Maina should be given fair hearing, let Nigerians know the truth.

“There are some shady dealings that President Buhari needs to know to help him win the war against corruption in the country and we are ready to provide detailed information to help Buhari to get corrupt people in the country,” Shinkafi said.