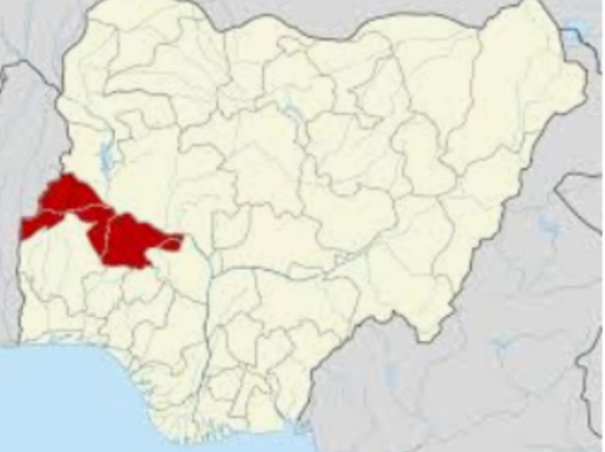 Group under the auspices of Concerned APC Youths in Kwara has petitioned the Minister of Justice and Attorney General of the Federation over the appointment of local government transition committees by Gov. AbdulRahman AbdulRazaq.

They condemned the recent constitution of Transition Implementation Committee (TIC) for the 16 local government councils in the state.

The youths described the TIC as illegal and unconstitutional, called for the intervention of AGF, Abubakar Malami (SAN), over the matter.

This is contained in a copy of the petition made available to the Newsmen on Monday in Ilorin.

The document, signed by 36 youths drawn from the 16 local government areas of the state, declared that Gov. AbdulRahman AbdulRazaq acted illegally in the constitution of the TIC.

According to the petition, there were judgments of the Supreme Court against appointment of TIC in local governments.

“We are requesting that you use your very good office to ensure that the wishes of the members of the APC and the good people of Kwara State, who desperately yearn for the overall development of the state is served.

“This is only possible through the democratic process of electing substantive Executive Chairmen, who will be chosen by the people of such councils to administer their affairs.

“We need to state for emphasis that, we are seriously in a state of doubt over the sincerity of the Governor of Kwara State in having such illegality addressed in the interest of democracy.

“You will remember that as at this day, there have been judgments of the Supreme Court of Nigeria regarding two states; Oyo and Ekiti, against the legality and constitutional acceptability of the appointment of TIC to the local councils of the states.

“You will likewise recall that your good office specifically wrote a letter to all the state governments irrespective of political affiliations, detailing this particular development which is in line with the mandate of your good office.

“In the same letter, you urged all state governors, who at that time were already engaged in this practice to desist from such, as it was at variance with the Constitution and because same has been established via the judgment of the Apex Court of the land.

“It is interesting to note that it was after these various court judgments on this matter, which prompted you to take all these deliberate steps that the Governor of Kwara State, Mallam AbdulRahman AbdulRazaq, decided to appoint Transitional Implementation Committees (TIC) in all the 16 Local Government Councils in Kwara State.

“This is in defiance to the Supreme Court judgment that has been earlier delivered on same matter which is binding on all the states in Nigeria and a letter which was sent by your office to warn all the state governors against such practice,” the petition read in part.

According to the youths: “We are currently in confusion as to whether the matter at hand is a case of our State Governor challenging the authority of the office of the Attorney General of the Federation.

“Or could we call it a case of our governor believing that in view of his state being governed by APC which so happens to be the party of the government at federal level, there will be ‘partial consideration’ in his favour when and if he commits an act of illegality?

“We must at this point observe that the constitution of TIC in Kwara state, aside from being illegal, is also completely at variance with the expectations of members of the APC specifically and of course freedom loving citizens of Kwara State.

“One of the reasons why Kwarans were unanimous in saying ‘O TO GE’, meaning ‘Enough is Enough’, was the penchant of past administrations for the constitution of illegal bodies such as TIC.”

The petition noted that TIC has been found to be a conduit for the underdevelopment of local government councils.

It noted that this was done through illegal siphoning of funds meant for the councils by respective state governors who appoint their stooges as chairmen of such councils.

“We wish to state that as loyal members of the APC in Kwara state, we are uncomfortable with any practice which we criticised while we were in the opposition, which is now being adopted as ‘a child of necessity’ by an APC Governor in person of Mallam AbdulRahman AbdulRazaq.

“We were against the practice of constituting TIC councils, and we remain true to that position up till today.

“It is of utmost importance in the interest of justice, fairness and upholding the tenets of democracy that we beseech the office of the Attorney General of the Federation, to expedite action on this highly sensitive matter.

“You are today being availed an opportunity to sustain a legacy of legitimacy which you started via your earlier stance on the illegality of TIC Councils and thus write your name in gold as a true patriot who defied all odds to uphold the rule of law,” the youths said in the petition.