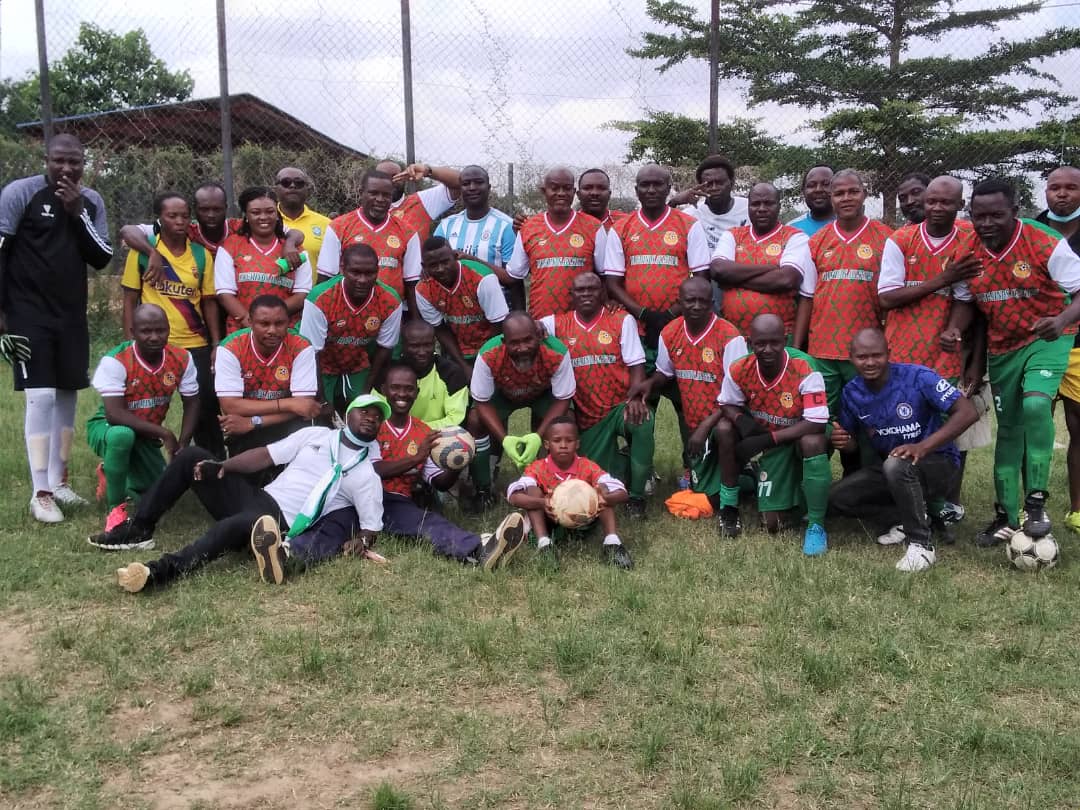 Likeminds All-Stars Football Club, in Kuje Area Council, FCT, at the weekend officially launched its home and away jersey at the MKO Abiola National Stadium in Abuja.

Mr Momoh Mohammed, President of the club, at the unveiling, told pressmen that it was aimed at encouraging the players and supporters of the club in the ongoing Abuja All-stars veterans turnament taking place at the FIFA Goal Project Package B, MKO Abiola National Stadium Abuja.

Mr Momoh, urged the players and supporters not be discouraged with the outcome of their encounter with the Nyanya All-Stars, but to learn from their lapses and prepare adequately for future encounters.

Meanwhile, Mr Adedeji Willougby, the Financial Secretary of the club, said that the home and away jersey with orange, green and white patterns with a V-shaped neck and short sleeves were designed by OWU sports company.

According to him, the Football team had wonderful performances from the onset, in the ongoing All-Stars veterans turnament, but luck was not on the teams side.

Willougby, said the ultimate objective of the Turnament was to promote unity among veteran clubs in FCT, national associations and for the development of sports in the country.

He revealed that said the FIFA Goal Project offers tailored-made programs designed to suit the individual country’s needs implemented by FIFA experts in close cooperation with the national associations.

However, he, maintained that the tournament will also offer help in the area of coaching, sports medicine, refereeing, talent promotion infrastructures, education among others in the country. (NAN)