Karu to get free school from OPM 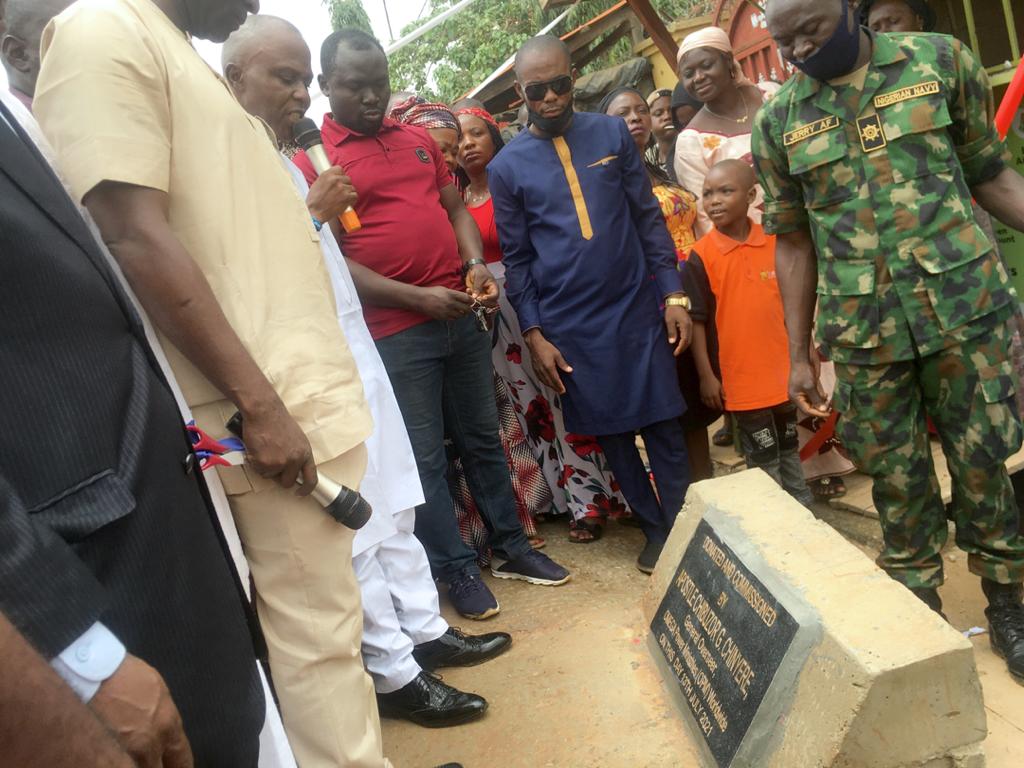 The Omega Power Ministry (OPM) is set to build a free school in the Karu Local Government Area of Nasarawa state to accommodate children from less-privileged homes.

Apostle Chibuzor Chinyere, General Overseer of OPM in Karu on Tuesday during the commissioning of a Box and Beam Culvert constructed by the church, said the establishment of the school was part of the church’s efforts to provide for less privileged children.

Chinyere, who was represented by the Abuja Regional Pastor of the church, Pastor Samuel Ogbuche, said the structure would accommodate not less that 400 pupils if completed.

According to him, we try to find out the needs of the less privileged and based on their needs we try to solve their problems.

“Sometimes, we discovered they have single parents, we see them walking on the street and this is the first project in the northern region.

“The church has been faithful, the expansion of the church resulted into God blessing the members and they pay their tithe and as much as the tithe keep coming in, there is no limit to how much we can go.

“In the northern region, we are presently working on a school in Plataeu state which is in Mangu local government and the number of pupil depends on as many within the community who wants to access the school.

“Here also in Karu, when the building is completed, the number will be based on the capacity of the school. The school will not only be in Karu but all other parts of Abuja,” he said.

Ogbeche added that the take-off of the project would commence as soon as the architectural work was completed.

Also, Mr Kenneth Nwachi, the Special Adviser to the General Overseer, said the school when completed would generate employment opportunities to residence of the community.

Nwachi noted that the ministries through the General Overseer had carried out several humanitarian projects to uplift the lives of the poor and less privileged.

He said that the ministry through its general overseer was able to develop the human capacity of the citizens rather than amassing wealth for himself.

He added that the ministry had also built the largest multi free skills acquisition center which had trained over 20,000 Nigerians on different skills to better equip them.

“The overseer has the mind to site schools in all the states as soon as tithe and offering comes up.

“At this period of COVID-19, the oerseeer is doing more than what he is doing before. He has increased the way he is doing things now. On a daily basis he gives to so many less privileged people.”

When asked what happens to the project if the church tithe reduces, Nwachi said that there was no way the tithe would reduce as far as the church keeps expanding.

“The project will not fail, if the church was able to build the first free school to the 16th and by the time he finishes with this we will be counting 17, this will not be an exemption.

“ I think the offering and tithe will not decrease, we are not just going to own a free school but teachers will be paid, a lot of people who are unemployed will get employment in this place.

“ So offering and tithe is something that will continue to come in as much as rapture has not taken place. The overseer is not afraid of the resources to use to build this. The founder had invested hundreds of millions of naira to build free schools,” he said.

Meanwhile, the Esu of Karu, Dr Luka Baba commended the gesture of the church saying that it would uplift the people of the community and the nation as a whole.

Baba, who was represented by the District Head of Karu, Mr Danladi Cheshi, promised the full support of the local authority to bring the initiative to a limelight.

“On behalf of Esu Karu, I want to assure you that you will have full support from the local authority. We are grateful because this is a progress to the local government.

“We thank Chibuzor Chinyere for the cooperation and we are saying that nothing will happen to stop this project because this is a place for our children to progress and we pray that everything will go smoothly,” he said.