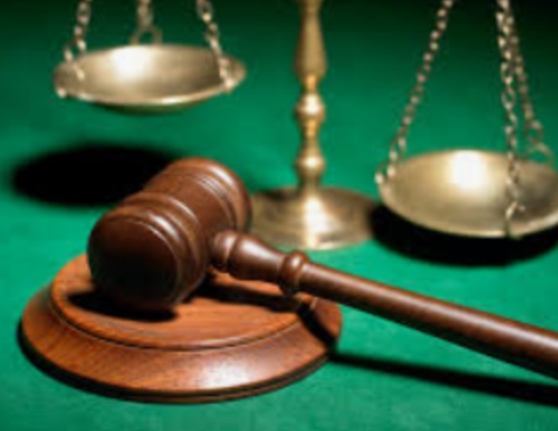 A Federal High Court, Abuja on Wednesday, refused to admit Nnamdi Kanu, leader of the proscribed Indigenous People of Biafra (IPOB) to bail.

Justice Binta Nyako, in a ruling, held that since Kanu was earlier granted bail in 2017 and jumped the bail, the court must first determine the real reason he jumped the bail before he reapply for another one.

Justice Nyako then dismissed the application for bail.

The court had, on April 8, exonerated the Federal Government on the allegation that the leader of the IPOB was forcefully abducted abroad to stand his trial.

Nyako, in a ruling, held that rendition for the purpose of criminal investigation is allowed.

Nyako said since Kanu was on bench warrant, the law allowed that anywhere he is sighted, he can be arrested and be brought to face his trial.

“Rendition for the purpose of criminal investigation is allowed.

“In the instant case, there is bench warrant on the defendant (Kanu). Suffice to say, he is a fugitive before the court,” she said.

The judge, who dismissed Kanu’s move to challenge the terrorism charge, upheld seven counts in the fresh charge filed by the federal government against the IPOB leader.

Nyako said that the federal government, through the Office of the Attorney-General of the Federation (AGF), had been able to established some allegations against Kanu in counts one, two, three, four, five, eight and 15.

“Counts one, two, three, four, five, eight and 15 show some allegations. The court shall proceed to try the defendant (Kanu) on those counts, ” she ruled.

After the review of the 15 counts, she held that about eight of the counts appeared to be similar and did not disclose action.

Nyako also ruled that the order proscribing IPOB as a terror group still subsisted until it was vacated since the issue was still on appeal.

She dismissed the argument of Chief Mike Ozekhome, SAN, counsel for Kanu, that whether IPOB was a terrorist organisation under the Nigerian law or not was still a subject of appeal.

As at the time of filing this report, the hearing in the matter is still ongoing