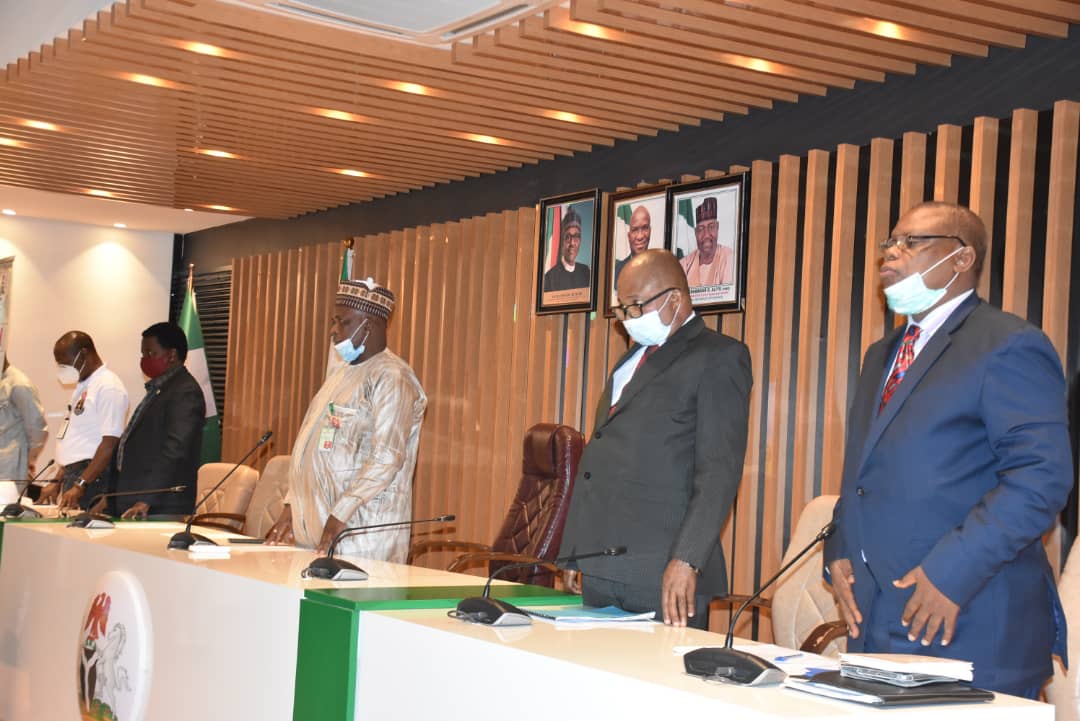 Dr Jaiye-ola Akindipe, Fellow, Chartered Institute of Public Diplomacy and Management has called for integrity checking system for senior public officers to end corruption in the country.
Akindipe made the call at the Anti-Corruption and Transparency Sensitisation Unit (ACTU) Seminar of the Federal Ministry of Works and Housing on Wednesday in Abuja.
The seminar is titled : Whistle Blower Policy, Ethics and Compliance.
Akindipe in his paper entitled: “Strategic Corruption Control and Institutional Integrity in Defining Corruption” said it had to do with dishonest behavior especially of people in authority.
According to Akindipe corruption is a serious crime that undermines economic development, political stability, the rule of law and social development.
He added that it also disrupts social order and destroys public trust in the government system.
The expert said corruption prevention was a managerial responsibility therefore integrity checks from the senior management officers must be taken seriously.
“The public sector being the domain of the public servant who holds power and authority and trust for the people must lead the vanguard of the crusade against corruption.
“If we are to make progress, we all must become agents of Anti-Corruption so as to be remembered for an enduring legacy.
Akindipe also called for a re-orientation through self analysis and an introspective evaluation on ways of life in the socio-economic sphere.
Mr Justin Kvatsea, , another resource person speaking on ” Understanding the Whistle Blower Policy of Government in Nigeria”, said one should not be punished for blowing a whistle on the work place.
Kvatsea said it was about freedom of speech and power of expression as guaranteed by the1999 Constitution as amended.
He added that individuals could blow whistle on issues of fraud, theft, bribe taking, gratification and illegal recruitment.
Other acts include nepotism, abuse of office, and inflation of prices of goods and services.
He, however, caused that any Whistle Blower must have a concrete evidence to back up his claim adding that the Nigerian government was yet to enact a direct law that covers the whistle blowing policy.

Also, Mr Ifeanyi Obialor, an official of ICPC, who spoke on Ethics and Compliance Scorecard, said findings showed that MDAs lack whistle blowing mechanisms and employees were not protected from retaliation and recrimination.
He added that there were no clear policies regarding gifts and gratifications and therefore urged MDAs to correct these anormalies.
Mrs Rose Iwueze, a participant at the seminar and Lead Consultant Environmental Management and Occupational Health Consultancy called for a more stringent punishments for anyone caught in corrupt practices to deter other people.
On her part, Mrs Chiwe James, an official in the regional planning unit of the Federal Ministry of Works and Housing advocated for an induction and training programmes to be reintroduced for all new employees to educate them so they do not fall victim out of ignorance.
Mr Ernest Umakhihe responding to the training of new employees said plans were already on ground to partner the office of the Auditor- General and the ICPC to ensure that this was done.
He was represented by Director, Human Resources Dr Abdullahi Umar.