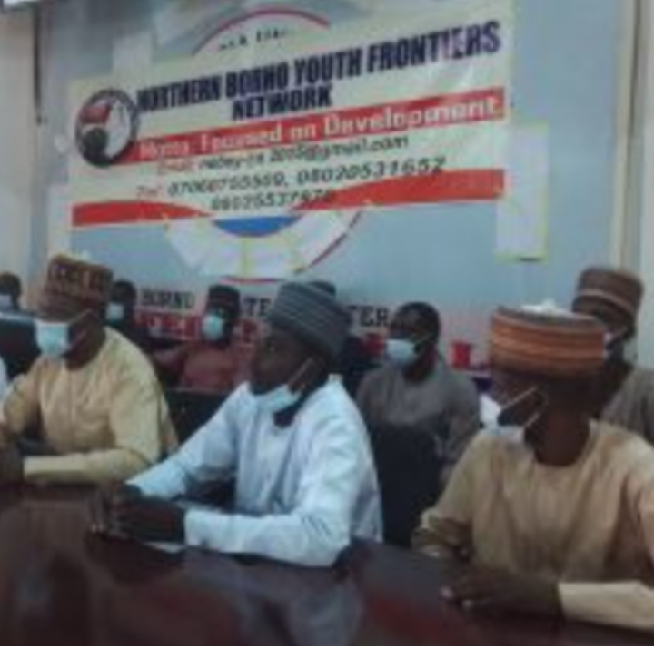 Youths from 10 local government areas in Borno under the auspices of Northern Borno Youths Frontier, have lauded the state government for  resettling people displaced by insurgents to their ancestral homes.

In a statement read at a press briefing in Maiduguri on Saturday, the Secretary-General of Northern Borno Youths Frontier, Musa Alhaji-Saleh, said the development was a major step that would facilitate the return of normalcy to recovered areas.

“This courageous effort of the governor in resettling the northern Borno communities, when accomplished, will empower millions of displaced persons as they will take advantage of agricultural production activities in the area,’’ Alhaji-Saleh said.

He condemned the recent attack on the motorcade of the governor during his visit to northern Borno describing it as a cowardly act aimed at distracting the resettlement exercise.

Alhaji-Saleh urged the state government to continue to liaise with the Federal Government to ensuring full restoration of civil authorities and socio-economic activities in northern Borno.

“We also want the resuscitation of the Chad Basin Development Authority and College of Fisheries Development activities in the area.

“We need government to support youths in the area with scholarships to catch up with the rest of the country in the area of education as they have missed a lot because of the insurgency,” Alhaji-Saleh said.