Infidelity: NDLEA officer catches wife with another man on bed, packs his belongings 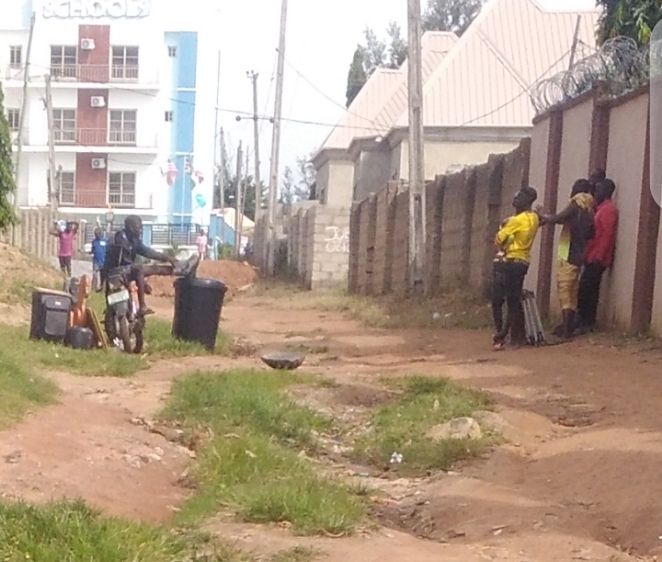 A National Drug Law Enforcement Agency’s (NDLEA) officer who caught his wife in their matrimonial bed with another man has decided to pack all the household items after the expiration of the rent he paid.

It all began in January 2021, when the Nasarawa State born officer came back from his Lagos base to see his wife and two kids at an apartment he rented for them, located at Bello Osariti Street, behind the popular White House in New Nyanya, Karu Local Government Area of Nasarawa State.

On his arrival that January, 2021, he met another man with his wife, on their matrimonial bed in the presence of the two children.

Though he was armed with a short gun, but the officer controlled his emotions.
He immediately packed the children, told the wife who is from Benue State that it was over between them and went back to Lagos.

After the rent expired on September 30, he decided to come and move all his belongs out of the apartment.
On his arrival from Lagos, the lady was no where to be found. He waited in vain.

On October 1, at about 9am, words got to her that her former husband is around. She then came looking very depressed.

Attempt to talk to the man probe abortive as he was busy with some youths, trying to bring out the household items.

Some neighbours told HammerTimes Online that since the man left with his two kids to Lagos in January, she has been moving from one prayer house to another seeking for solutions to make the man love her again and come back to her.

Others said they normally see the 29 year old lady with different men at a popular Beer Joint called 11:59 located near the popular Blue House, Opposite Timber shed in New Nyanya, Karu LGA.

When asked if all the allegations were true, she refused to talk and went into the house looking very disappointed and depressed.