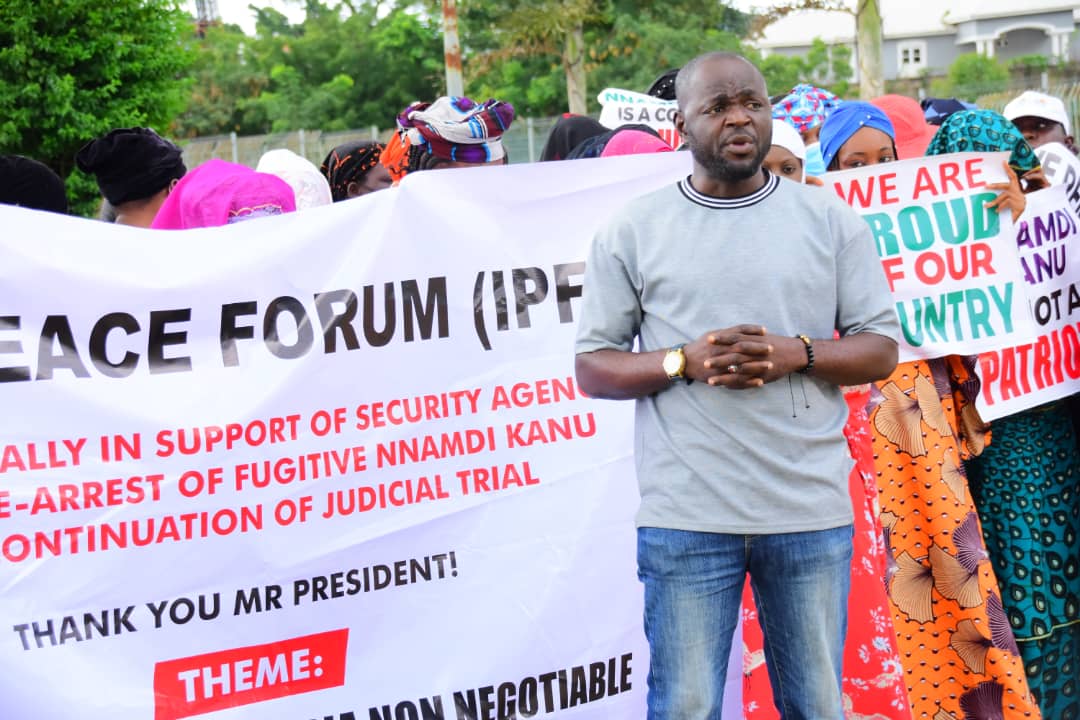 The Igbo Peace Forum (IPF) has urged the Federal Government to press charges of mass murder against the leader of the proscribed Indigenous People of Biafra (IPOB), Mr Nnamdi Kanu.

The group made the call on Sunday, in Abuja, at a solidarity rally to register their support for President Muhammadu Buhari and the security agencies for their accomplishments in recent security operations in the country.

The Group’s National Coordinator, Mr Emeka Okpara said Igbo citizens were concerned that certain individuals had taken up arms against constituted authority, leading to loss of lives and property of several innocent citizens.

“It would be recalled that the leader of the proscribed IPOB, Kanu, who was standing trial on several charges, including treason, jumped bail, but was re-arrested recently.

“We all remember how one individual could order from abroad attacks on government formations, killing hundreds of innocent people.  IPOB caused the death of hundreds of people in the south east region.

“The only way government can console Nigerians is to bring the perpetrators to justice.

“Now, with the arrest of Kanu, appropriate charges of mass murder should be pressed immediately. It is the prosecution of these alleged criminals that would give credence to our sovereignty and restore the confidence of the masses,’’ Okpara said.

According to him, the activities of IPOB was giving innocent Igbos a bad name and endangering their livelihoods in other parts of the nation.

Okpara said the Department of State Security Service had, by these successes, lived up to their constitutional role of defending the nation and urged that all those arrested be brought to justice.