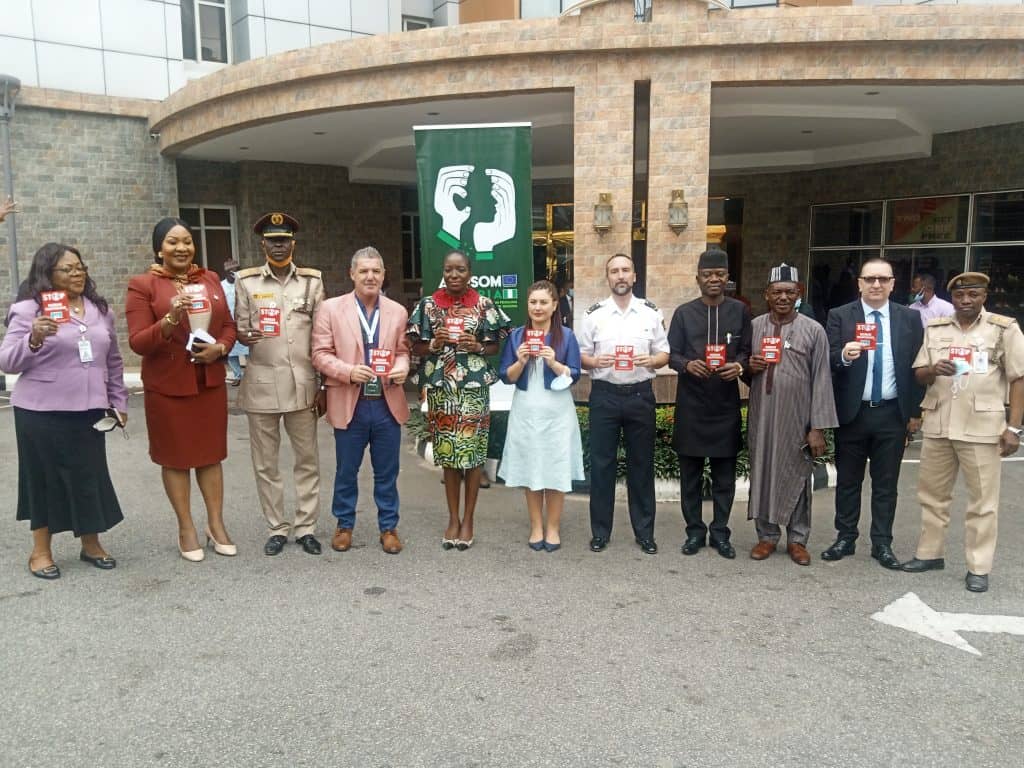 The International and Ibero-American Foundation for Administration and Public Policies (FIIAPP) on Tuesday in Abuja began a two-day workshop for increased awareness on criminal justice for human trafficking.

The News Agency of Nigeria (NAN) reports that FIIAPP is a Spanish public foundation that advocates Action Against Trafficking in Persons and Smuggling of Migrants (A-TIPSOM) in Nigeria, a project funded by the European Union (EU).

The workshop is themed: “Compounding crises and criminal justice in Nigeria collaborative approaches in dealing with new and emerging trends of TIPSOM”.

The A-TIPSOM team leader, Mr Rafael-Rios Molina, said that the workshop was organised for officers/stakeholders working on Trafficking in Persons and Smuggling of Migrants (TIP/SOM).

He said that the workshop was put together to appraise the criminal justice system post COVID-19 pandemic, seeking better ways to improve collaboration with many agencies to tackle and fight human traffickers.

Molina added that the main objective of the workshop was to support the Nigerian agencies to identify with international network.

He disclosed that some European prosecutors had been invited to speak to increase collaboration with Nigeria and EU members states.

“Criminal justice could only be strengthened through relationship to fight the menace of trafficking; the relationship needs to increase to get more result, and to know exactly how to carryout good human investigation.

“The relationship/collaboration will help stakeholders to know the financiers of these criminals, we decided to collaborate with the National Agency for the Prohibition of Trafficking in Persons (NAPTIP) to organise this workshop.

“We are very happy with the appointment of the new director general of NAPTIP,” Molina said.

On her part, NAPTIP’s Director-General, Mrs Fatima Waziri-Azi, appreciated EU and FIIAPP’s invaluable support and from other partners in the agency’s efforts at implementing its projects against human trafficking.

She said that partners/stakeholders, both local and international, had over the years proven valuable in their support towards NAPTIP’s effort to rid the country of human trafficking.

She noted that the role played by all partners was obvious from the increased awareness, continuous rescue, rehabilitation, reintegration of victims, arrest and prosecution of offenders.

Waziri-Azi stated that the choice of the theme for the workshop was apt, saying that some preventive measures had also been observed as effectively hindering the prosecution of certain criminals which had given them escape route to evade justice.

“Smugglers and traffickers, as well as their victims have sought and found ways to overcome justice, we need to secure innovative approach to deal with the problem.

“It is no longer news that human trafficking now ranks second among transnational organised crime, despite sustained efforts by world government and international community.

“This is why seminars like this must be sustained,” the director-general said.

She said the agency had experienced huge success in the fight against the menace of human trafficking, and called on participants at the workshop to utilise the opportunity to learn new things. (NAN)