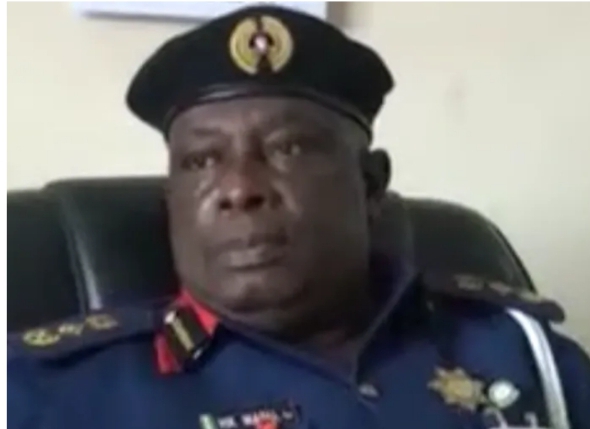 It was gathered that Mr Gana officially handed over to Madu who is the most senior officer in the corps at a brief ceremony in the Abuja office.

Meanwhile, the Minister of State for the Federal Capital Territory (FCT), has felicitated with the outgone Commandant-General (CG), Abdullahi Gana on of his 58th birthday.

Aliyu in a birthday message to Gana, on Monday, commended him for his invaluable contributions to the peace and safety of the country.

“I am pleased to join other family and friends in felicitating with you on your birthday.

“Your reign as the Commandant-General, Nigeria Security and Civil Defence Corps has witnessed a lot of growth and progress within the NSCDC, especially at a time when the nation needs it most.

“Your invaluable contributions to the peace and safety of our country Nigeria cannot be underestimated.

“May the Almighty Allah continue to grant you wisdom, guidance and good health to discharge your duties,’’ Aliyu prayed.