Gunmen kill 2 teachers in Kashmir as attacks on civilians raise 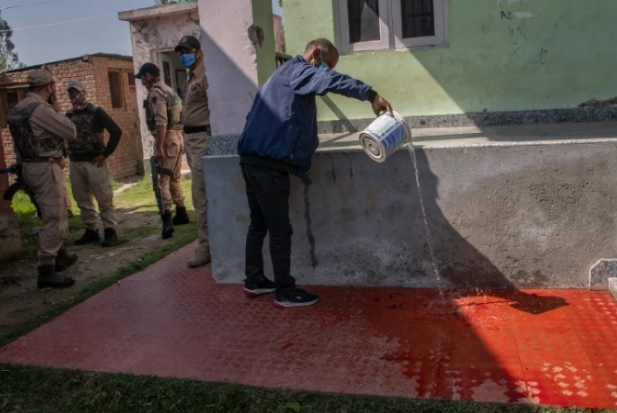 Gunmen on Thursday killed two school teachers in India-administered Kashmir, the latest in a spate of attacks on civilians.

The Police said the suspected militants fired at the two teachers inside a government school in the region’s main city of Srinagar.

At least seven civilians had been killed in Kashmir in targeted killings over the past week.

On Tuesday, three people, a prominent chemist, a street vendor and a taxi driver were killed in separate attacks.

Most of the victims were members of Kashmir’s minority Hindu and Sikh communities.

“Killing innocent civilians, including teachers, is a move to attack and damage the age old tradition of communal harmony and brotherhood in Kashmir,’’

“All sections of Kashmiri society have condemned the killings.’’

Singh said that the Police had found some leads about the killers in previous cases.

India-administered Kashmir has seen a secessionist movement since the mid-1980s, with nearly 45,000 people killed in the violence which it claims is supported by Pakistan.

The disputed Muslim-majority region is divided into two parts, one administered by India and the other by Pakistan; both claimed the region in its entirety.