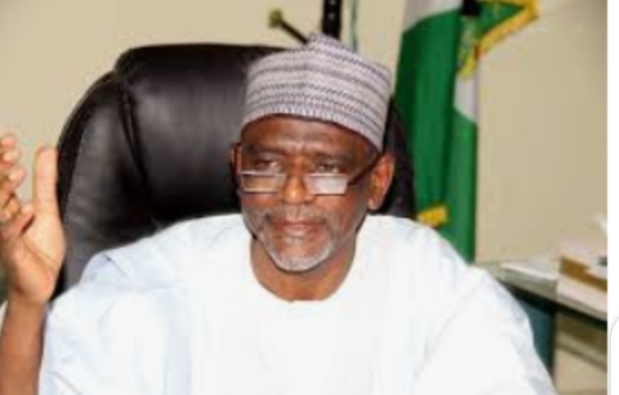 The Minister of Education, Malam Adamu Adamu says some State Governor’s have hijacked the process of appointment of Vice-Chancellors for Federal Universities due to lack of interest in the selection processes of new VCs for the Institutions.

Adamu disclosed on Thursday in Abuja during the inauguration of Chairmen and Governing Councils of 19 Federal Universities and 4 inter-University Centres as well as the public presentation of the new Pro-Chancellor and Chairman of Council of the Federal University of Health Sciences, Otukpo, Benue State.

He alluded to this vested interest as responsible for the unimaginable crises in the selection processes of many Federal Universities across the country.

He said that this had led to unnecessary friction and tension in the Universities.

The minister who ordered the Governing Councils to take charge and exercise their rights, also urged them not to allow outside influence in the selection process of new Vice-Chancellors of their respective institutions.

According to him, the Federal Ministry of Education under me has not in anyway interfere with the selection of any Vice-Chancellor and I have not talked to any Chairman that I have any candidate.

“Unfortunately, I found out that because of my lack of interest or because I feel I should allow you (Council) to exercise your right, it is being hijacked by the governors.

“It is, therefore, essential that you familiarise yourselves with the specific law establishing your University or Centre as well as with other relevant laws of the Federation.

“You should, in particular, be guided by the Universities (Miscellaneous Provisions) Act of 1993 and its various amendments (of 2003 and 2012),” he said.

He also urged them to adhere strictly to Section 2AAA of the 2003 Amendment Act.

“ The act stipulates that, “The Governing Council of a university shall be free in the discharge of its functions and exercise of its responsibilities for the good management, growth and development of the University.

“Section 3 (4) of the same 2003 Amendment reposes on Council the power to appoint the Vice-Chancellor of the University.

“ I urge you to exercise this power with utmost sense of responsibility and in the best interest of your Universities,” Adamu said.

He added that Panels have recently rounded off their assignments and would soon submit their reports in two separate volumes, covering the periods: January 2011-December 2015, and January 2016 December 2020, respectively.

He said as soon as the Visitation Reports were received, government would study them and issue White Papers.

He said the recommendations of which would guide Councils and Management on how to improve their systems and services by taking necessary steps to address the lapses and weaknesses identified by the Visitation Panels.

Adamu, however, warned the Council members that the President and Visitor to the Federal Universities would not hesitate to dismiss any Council found to be corrupt or incompetent.

Meanwhile, the Executive Secretary, National Universities Commission, Prof. Abubakar Rasheed urged the new Councils to partner with the commission in ensuring that their institutions thrive to be centres of knowledge production and human
development.

“Our universities as ivory towers, are the last frontier for the positive development of the next generation of Nigerians and must therefore be cherished and shielded from all external vagaries that threaten the attainment of set goals.

“On our part, we have continued to carry out our mancare, as the regulatory agency, inspite of the recent challenges and restrictions imposed by
the Pandemic.

“I am pleased to inform this gatering that we have among other things, actively engaged in the re-engineering the curriculum of the various disciplines and programmes being run in the universities, whilst also
strengthening the pedagogical skills of our academics for national relevance.

“We have reviewed key aspects of our quality assurance mechanisms to
address the inadequacies in teaching, learning and research facilities on our
campuses whilst fostering skills development and entrepreneurship in a bid
to prepare our graduates for life after tertiary education,” he said.