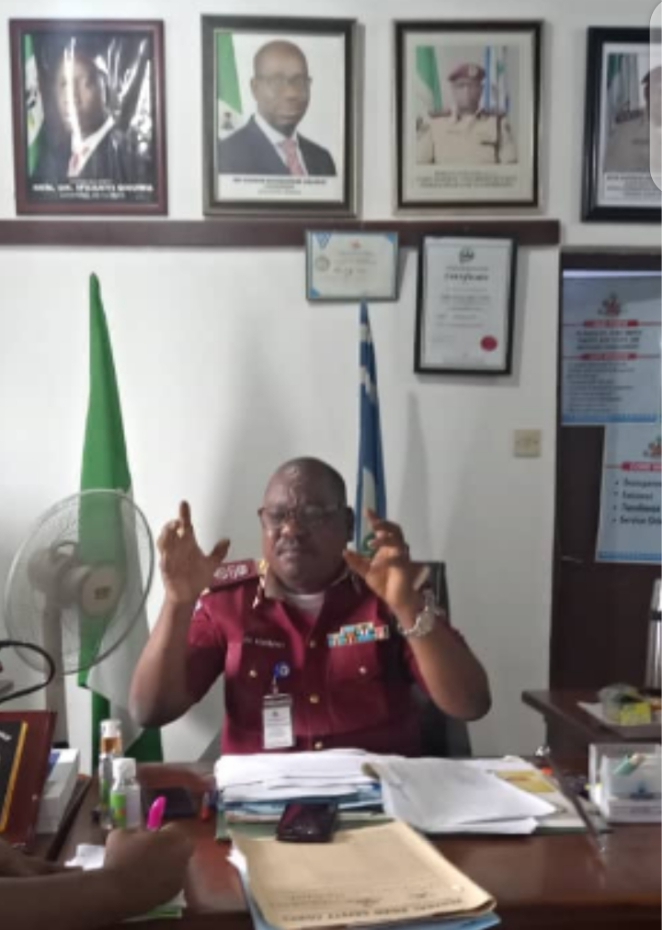 The Federal Road Safety Corps (FRSC ) on Monday warned that it would not hesitate to arrest and  prosecute  any masqueraders that wanted to cause gridlocks or obstruct traffic flow on the roads during the forthcoming Yuletide.

Mr Ayodele Kumapayi, the Zonal Commanding Officer (ZCO) for Zone 5, compromising: Edo, Delta and Anambra stated this  in an interview at his office in Benin.

Kumapayi warned that the corps in the zone would no longer tolerate any masqueraders who under the guise of cultural celebration obstruct free flow of traffic as well as molest any road users.

“The corps will arrest and prosecute that masquerader.

“We have had  in the past, instances where masqueraders assaulted FRSC personnel, the corps will not condole such again.

“We are not saying that they should not celebrate their cultures, but they should stay off the highways and the  major roads.

“We are sounding this as a warning to those communities, especially in Anambra and parts of Delta where masqueraders come out to distort road safety activities,” he said.

The ZCO also harped on the need for parents and guardians to monitor their underage children and wards against driving their vehicles.

He stressed that if  the FRSC officials should catch any underage person behind the wheel of any vehicle, that vehicle would be impounded and the owner would be  prosecuted.

He noted that this was because any person who indulges in such would be deemed to be criminally minded, and wanting to endanger other road users.

“FRSC will not tolerate any excuse of I didn’t know when my underage son or daughter took the vehicle out , because that has always been the excuse.

“If your child is 18 years of age, apply for a  driving  licence for the child, that is what the law says,” he said.

Kumapayi said  that the FRSC would not hesitate to ensure the  full enforcement of the traffic law, mostly within the urban cities and during the festive period.

He said that the move had become imperartive because such cases were rampant in the urban cities.