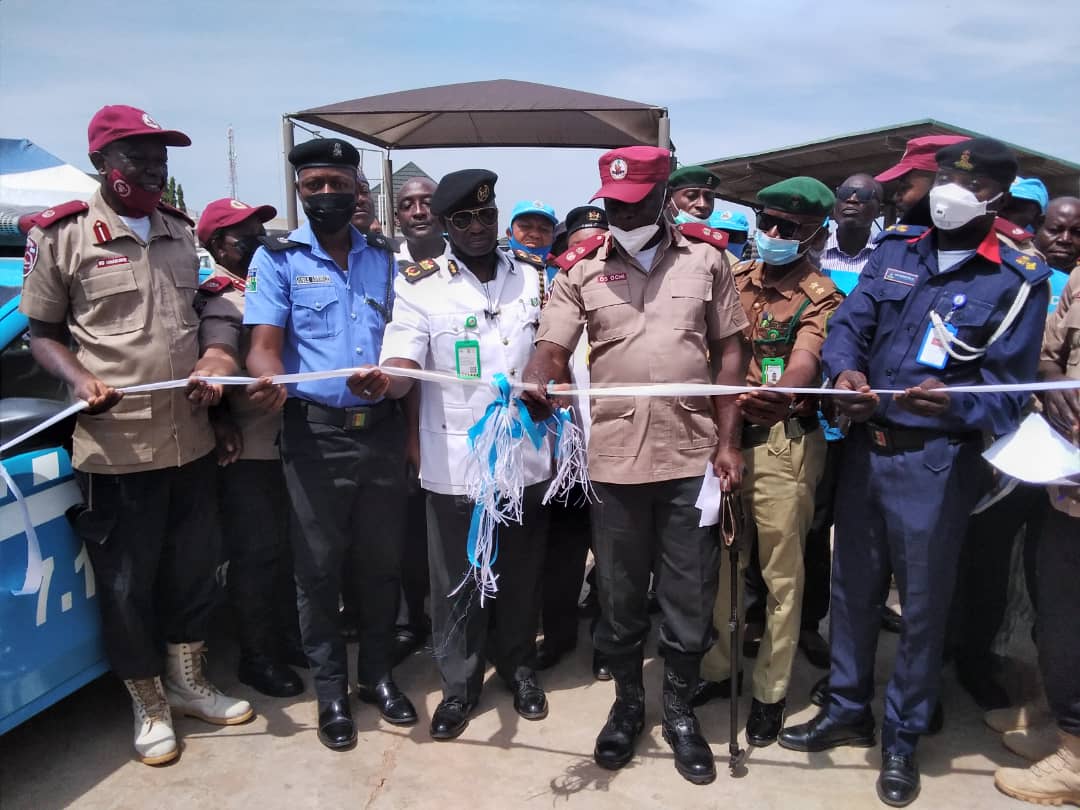 ”The essence of  the campaign is to ensure that accidents are reduced on the roads during the ember months when travelers would want to embark on journeys during Christmas and New year,” he said.

He applauded FRSC Kuje Unit Command for taking a proactive step through the advocacy which would go a long way in reducing road accidents in the area.

The FRSC Kuje Unit commander (UC), Eugene Nwabuike on his part appealed to the general public particularly the transport unions to cooperate with the Command for the benefit of all road users in Kuje.

Nwabuike said that the 2021 ember campaign is targeted at introducing the best global road use practices to the people of the area and the nation at large.

He explained that the essence of the FRSC ember months campaign is to always educate motorists on how to safely use the road and prevent unnecessary crashes.

“The extensive public education this period is expected to produce zero crashes or zero death within the ember months and beyond in Kuje.

“We are going to carry out enforcement on all traffic rules and regulations within this period in Kuje Area Council.

“Road safety is a collective responsibility and to enjoy quality road experience, we must shun all forms of anti-safety vices relating to lawless, reckless, negligent and impatient among others,” he said.

The Unit commander stressed that the Kuje FRSC, had put some measures in place to checkmate the ugly trend of speeding, dangerous driving and other road vices which often resulted in road traffic crashes.

He thanked the traditional rulers, and sister security agencies in Kuje for their complementary roles towards achieving one common goal of nation building through safety on Nigeria’s roads.

He assured that the union will always support and cooperate with the Command to ensure that Kuje roads are effective and functional.