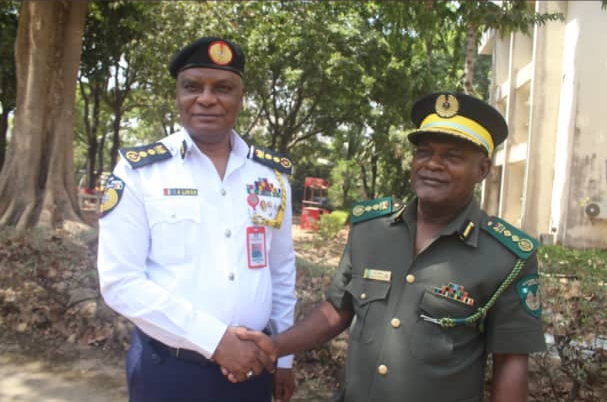 The Federal Fire Service of Nigeria (FFSN) is to join forces with the National Park Service (NPS) to tackle bush burning around the various parks in the country.

The Controller-General, FFSN, Dr Liman Ibrahim, disclosed this on Wednesday when he visited the Dr Ibrahim Goni , Conservator-General, NPS in Abuja.

Ibrahim noted that some of the parks were being threatened by activities of herdsmen, hunters and farmers by burning bush around the areas.

According to him, these practices sometime result into uncontrolled wild fire.

“So we need to collaborate with the management of the parks to see how we can stop or bring such practices under control.

“We have technical team comprising of fire service and national park to work at modalities in terms of training personnel.

“Also, we will further collaborate in the area of search and recuse as requested by the Conservator-General,” he said.

The fire service boss explained that FFSN during its fire service week usually reached out to the people and sensitise them about bush burning.

He emphasised that FFSN must join forces with the state fire services to reach out to the people at all corners in the rural areas.

“This visit is mainly on how to secure our parks because of its valuable animals and economic assets.

“The management of the parks will identify the areas of threats in the various parks located in the country. Then we will start our campaign in that region and extend to other areas that harbor the parks,’’ he further said.

Goni who appreciated the FFSN visit sand aid the areas identified by the fire boss were key to national development.

He said the partnership would be a win-win thing for all. (NAN)