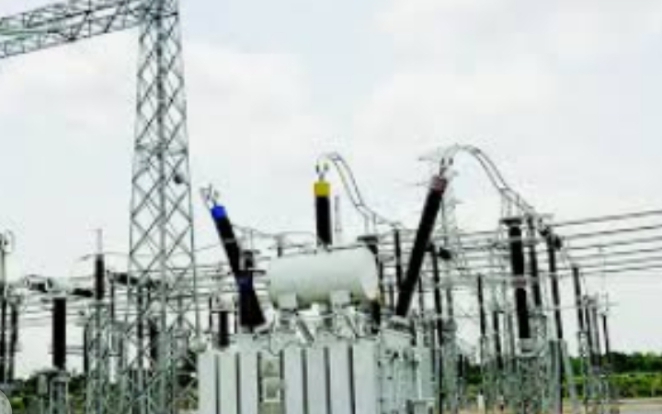 The substations would be built  along with the transmission lines to raise power supply to the states.

Mbah said the Managing Director of TCN, Mr Sule Abdulaziz, disclosed this while inspecting the 330/132/33kV Katsina Substation project and the Rimi Zakara Substation in Kano.

She said the inspection was at the instance of the Minister of Power, Abubakar Aliyu.

Speaking at the Katsina substation,  Abdulaziz said the transformers and structures were in place.

He said  that  on completion, the substation would improve the transmission of  bulk power supply to Daura, Dutsinma, Kankara and Malumfashi substations in Katsina.

“We are willing, and we want to ensure that we finish this substation within  one year. We will also invite President Muhammadu Buhari to inagurate the substation, ” he said.

The TCN head said the  transmission line that would bring bulk supply to the substation was  from Kano and was earlier affected by Right of Way issues.

Abdulaziz said that TCN and the  government were collaborating on this,  adding that processes had  been completed and the contractor would be back to site to finish his work so that the substation could  be inaugurated.

The representative of the contractor of the Katsina project , Mr Mustapha Maihajjo, lauded the current administration for fast tracking  funding of  the Katsina substation.

He said: “Since the coming of this administration, we have been able to procure about 95 per cent of all the equipment requirements for this project.

” Shipment of the materials were earlier delayed by COVID-19, but were now on ground, ” he said.

On his part, The Special Assistant on Power and Energy to Gov. Ahmed Musa of Katsina  lauded the Katsina Mega substation project.

“We have waited for a long time and  cannot wait for it to be delivered. We believe that this project will be delivered timely as the contractor and the managing director of TCN  promised,” he said.

Speaking at the 132/33kV Kankia Substation where the materials for the 330kV Kano to Katsina Transmission Line were stored, Abdulaziz said that TCN was  using part of the station as storage facility for the materials the contractor was using for the project.

He also said the line was awarded  around 2010, but the Right of Way issue in Kano affected the project execution.

According to him, we have discussed with the Kano government, they have assisted us with paying for the land while TCN has concluded processes  for the structure.

”So the contractor is now free to  continue construction of towers and eventually the lines.

”We want to make sure that within the one year remaining for this administration, we will be able to complete that transmission line, so that it will be inagurated.”

At the 330/132/33kV Rimin Zakara Substation in Kano state, the MD said that TCN  started the project some years back and it had reached very high level of completion.

” As you can see, the transformers, the switch gears, everything here is now almost 80 per cent completed and this is the second 330kV substation in Kano.

The substation, he said,  was almost 80 per cent completed and the transmission line that would bring power to the  substation was being executed.

“That is why the minister of power, asked me to come for this visit to access the current state of project execution, to ensure the project is being executed properly.”

Speaking on the Right of Way,  Abdulaziz said that the Kano  government had paid for the land while TCN had concluded

processes to pay for structures.He said  the government had also given land to relocate those whose lands were directly affected by the substation project.

He said that by the time the project was completed, the line to Katsina would start from the substation and  feed the 330/132/33kV Katsina substation.

The substation had been completed and would improve bulk power requirement of the state water works, Bichi and environs