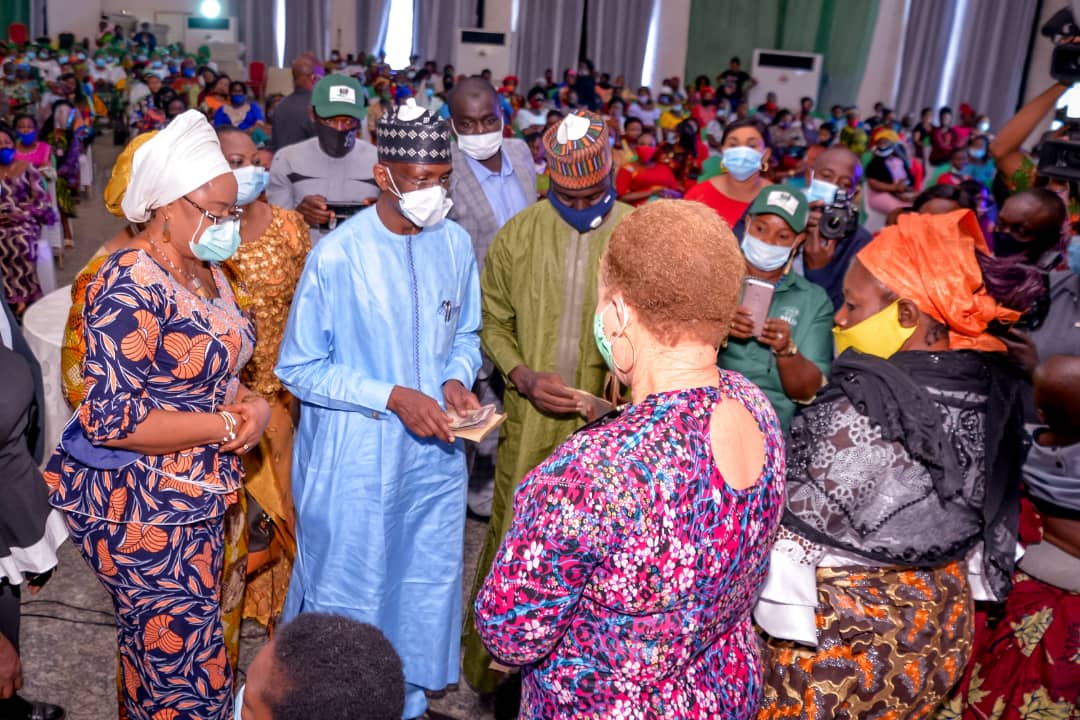 The Federal Government has begun the distribution of Cash Grants for Rural Women in Enugu State with the target of 3,000 women across the state.

Hajiya Sadiya Umar Farouq, the Minister of Humanitarian Affairs, Disaster Management and Social Development, disclosed this in a statement on Sunday by Mrs Rhoda Iliya, Head of Press and Public Relation Unit of the Ministry.

Farouq said no fewer than 3,000 rural women across all the local government areas of the State will benefit from the project.She said the grant was specifically designed to improve the living standards of women across the country.

Farouq called for the support and cooperation of the state governments and other stakeholders to improve the livelihood of the ordinary Nigerians.

Meanwhile, Gov. Ifeanyi Ugwuanyi of Enugu State said it was gratifying to note that despite the economic and revenue challenges,  the President Muhammadu Buhari-led administration is continuing with and even expanding  the Social Investment Scheme.

According to him, the scheme is adjudged the largest social protection programme in Africa.

The Governor thanked the Ministry for positioning Enugu State among the First set of beneficiaries of the Cash Grant for Rural Women Project.

He requested that the state be accorded maximum opportunities in other components of the National Social Investment  Programmes.

Ugwuanyi enjoined the beneficiaries in the state to make wise use of the grant to help government realise its aim of providing the grant.

The News Agency of Nigeria (NAN) reports that in January, not fewer than 5,000 women in the Federal Capital Territory, including persons with disability; 8,000 women in Lagos; and 3,500 women in Ogun also benefitted from the project. (NAN)