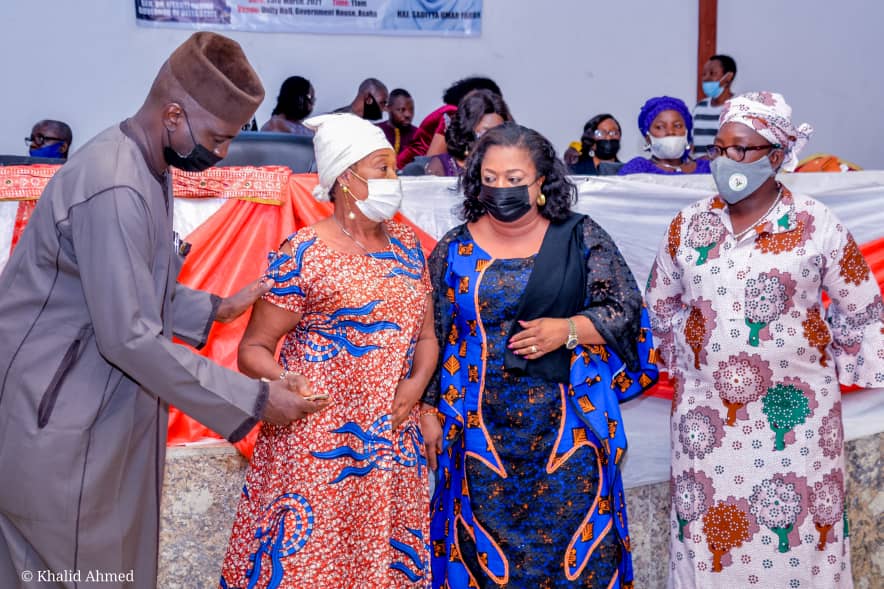 The Federal Government in it Special Cash Grant for Rural Women Project had distributed N66 million to not fewer than 3,300 women of N20, 000 each in Delta.

Hajiya Sadiya Umar Farouq, Minister of Humanitarian Affairs, Disaster Management and Social Development, said this in a statement by Mrs Rhoda Iliya, the Deputy Director of Information in the Ministry on Tuesday in Abuja.

Farouq said this was consistent with the President’s  national vision of lifting 100 million Nigerians out of poverty in ten years.

“It is designed to provide a one-off grant to some of the poorest and most vulnerable women in rural and semi-urban areas of the country.

“Our target in Delta is to disburse the grant of N20,000 each to about 3,300 beneficiaries across all the Local Government Area Councils in the state,” she said.

The minister, who was represented by the Director of Humanitarian Affairs in the Ministry, Alhaji Ali Grema, noted that President Buhari’s led-administration since it’s inception had paid attention to addressing the plight of the poor and vulnerable people in the country.

She said this was done in spite of  the economic slump and glaring revenue challenges adding that poverty reduction was now a major objectives of governments all over the world.

According to the minister, it is a key goal every country is working towards in order to achieve the United Nations Sustainable development goals.

“Poverty reduction goals requires a combination of strategies, each targeting specific needs sectors among the population.

“This informed the decision by Mr President, Muhammadu Bihari, to initiate the National Social Investment Programme (NSIP) as a strategy for reducing poverty  and enhancing social Inclusion.

“The NSIP is adjudged the largest social programme in Africa with billions of dollars earmarked annually to cause positive changes in the lives of the poorest and most vulnerable in the country,” she said.

Furthermore, the minister stated that the NSIP had impacted positively on the lives of the poor and vulnerable in Nigeria as millions of households had benefited from the interventions in the last five years.

The NSIP include the N-power programme, the National Home Grown School Feeding programme involving over eight million Primary one to three pupils in public schools, Conditional Cash Transfer of N5, 000 to one million indigent Nigerians.

she urged the beneficiaries of the grant to make  good use of it to boost their businesses and improve their living standards.

Speaking, the Governor of Delta, Dr Ifeanyi Okowa, represented by the Commissioner of Women Affairs, Mrs Flora Satan expressed gratitude to the Federal Government for the grant given the the rural women in the state.

The governor said the programme was applaudable as it aimed at bringing succor to the vulnerable in the rural areas especially with the devastating effect of COVID-19 Pandemic.

He said the programme came at the right time, adding that it was a big plus to the women programmes that already existed in the state.

Earlier, the Delta Focal Person on NSIP, Mrs Bridget  Anyafulu, said the success of the grant would go a long way in alleviating the suffering of rural women.

“It will also enhance the economy of rural Nigeria, facilitate the economic recovery of the nation and set the country on the path to economic growth and sustainable development,” she said. (NAN)