Exams Ethics step up campaign towards ending campus cultism by 2023 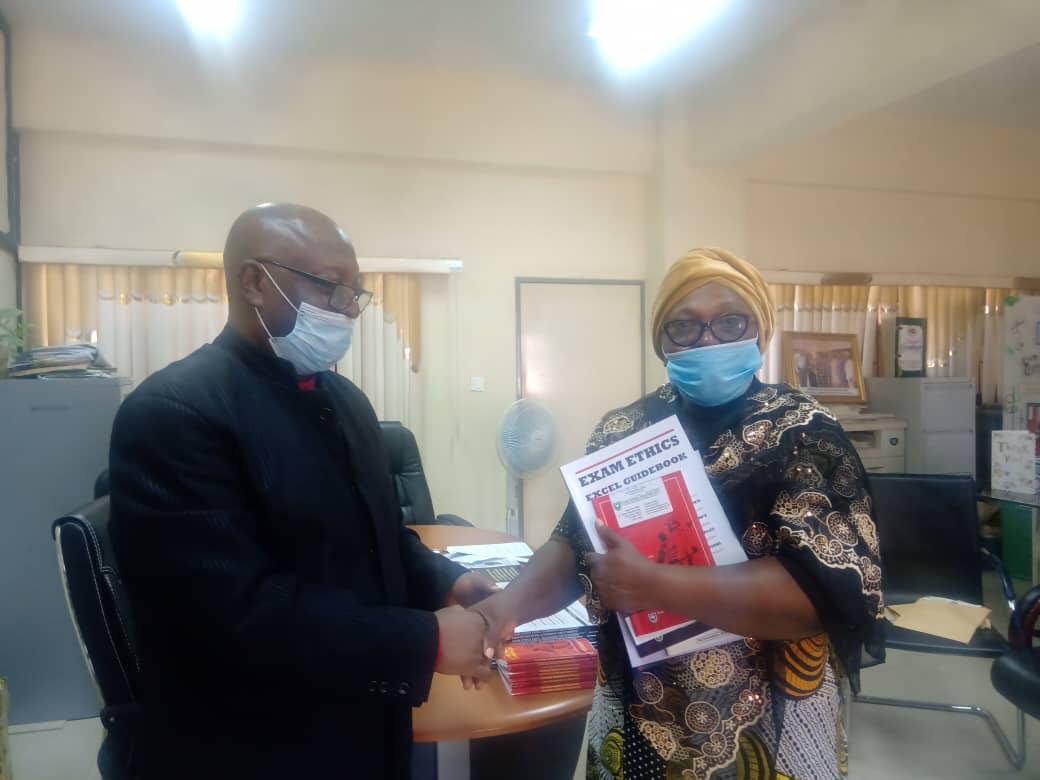 A delegation of Implementation Task Team of Campus Sense Project has donated 624 anti cult books and exam ethics books to the Ministry of Education for implementation of action plans to end cultism by 2023.

The team from the Exam Ethics Marshall International (EEMI), an NGO made the donation in Abuja on Tuesday to assist the 104 Federal Unity Colleges and higher institutions across the country.

Mr Ike Onyechere, the leader of the delegation said the Campus Sense project was an early-warning anti-cult counseling and security guidebook which profiles the prudential laws student must obey to navigate and escape the dangers of campus cultism.

Onyechere, who is also the founder of EEMI, said the Exam Ethics Excel Guidebook and Promoting Best Practices in Education books would equip students with prudential guides for excelling in exams based on ethics-compliant principles in order to discover their true talents and ultimately achieve their destiny.

” Specifically, the delegation is here to present 624 anti-cult and exam ethics books donated to Federal Unity Colleges to the Federal Ministry of Education.

” Campus Sense is the early-warning anti-cult counseling and security guidebook which profiles the prudential laws student must obey to navigate and escape the dangers of campus cultism.

” Letter from Necropolis is a book written in the form of a letter by an ex-student cultist to his father telling him about his horrible experience as a cultist and appealing to him to warn his siblings and other students never to experiment with cultism.

Onyechere added that the guidebooks, to be distributed to libraries of Federal Unity Colleges, are important components of Campus Sense Project (CSP) being implemented by Exam Ethics Marshals International to end campus cultism.

He added that it would also promote campus safety and save the lives of students and as well support initiatives already being implemented by various governments and institutions.

He said that cultism had spread across the country’s primary as secondary schools hoping that if the books were well studied by students, it would reduce cultism on campuses by 2023.

” Successful implementation of Campus Sense Project is a matter of urgent national importance of life and death dimensions.

” Cultism has spread from campuses to creeks and streets. Cultism is fast spreading to primary and secondary schools.

” Over 10,000 students and other stakeholders have been killed in cult-related incidents within and outside campuses between 1996 and 2019,” he said.

Onyechere pledged the organisation’s readiness to follow up the donation with the training of teachers and principals of basic and secondary schools on how to use the anti-cult early-warning identification and intervention toolkits to forestall the spread of cultism to Unity Schools.

In her response, Mrs Helen Mbakwe, Director, Unity Schools who received the books on behalf of the Minister of Education, Mallam Adamu Adamu, expressed optimism saying that the books are life transforming.

Mbakwe said that exam malpractices and cultism had derailed students from achieving their goals in life.

She pledged that the ministry would disseminate the books through the principals to the students to redeem them from any act capable of destroying them and the society at large.

” When students are cultists, there is no peace for us as a teacher and also as a nation.

” These books are life transforming and we will make sure the students reads them and bring back the society to what will benefit all of us,” She said.