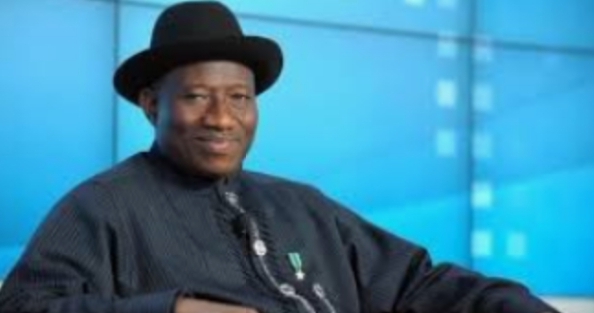 Jonathan in a statement issued by his Media Aide, Ikechukwu Eze, in Abuja, described Odumakin as a courageous patriot and rights crusader who contributed so much to the development of the nation.

In a message titled ‘A Great Voice for Equity is Gone’, the former president said that the deceased “played active roles in the years of activism that birthed and stabilised civil rule in our country.

“I received with sadness the news of the death of Odumakin.

“He was a courageous patriot and rights crusader who gave his all to the struggle for a better Nigeria.

“He was a great asset for just causes whose considerable contributions to the growth of civil society is not in doubt.

“He also acquitted himself as a seasoned journalist and columnist who promoted egalitarianism and social well-being, in his regular essays,” he said.

Jonathan said that Odumakin exited the world with rich democratic credentials, having played active roles in the years of activism that birthed and stabilised civil rule in our country.

“As a cultural enthusiast, Odumakin lived his short life as a force to be reckoned with in propagating and protecting the interest of the Yoruba people in the larger Nigeria social space.

“This is not a time to lose such a strong promoter of the ideals that would progress our nation in the desired direction of a united, just and equitable society,” he said.

Jonathan condoled the wife of the deceased, Dr Joe Okei-Odumakin, other members of his family, the Afenifere sociocultural association and the entire civil society.

“I pray God to grant the soul of the departed eternal rest and bless Dr Okei-Odumakin with the strength of spirit to bear the loss and sustain the crusade for a just society.”