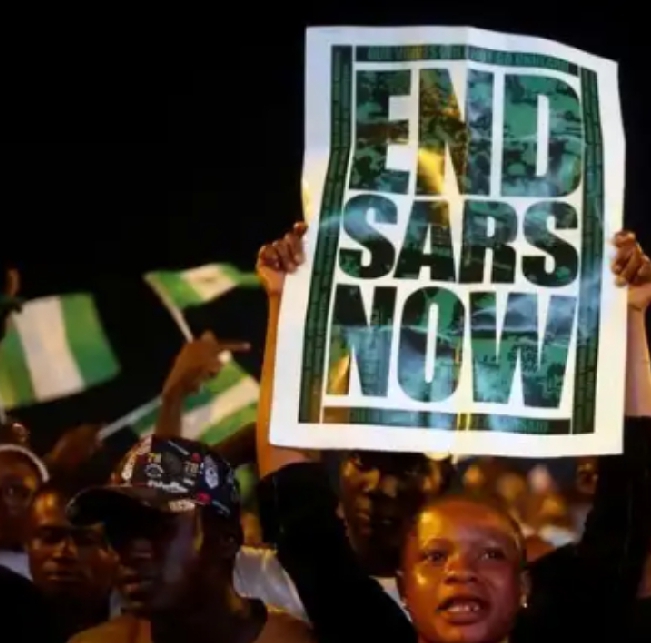 Some youths in Edo State continued with their EndSars protest on Tuesday despite the 24-hour curfew announced by the state government.

The protesters converged at Ugbowo Main gate of the University of Benin (UNIBEN) and the Federal Government Girls College (FGGC) junction, Ugbowo road, on Tuesday.

The youths came out, as usual, to mount roadblocks in solidarity with the EndSARS protesters requesting a change in governance in the country.

They said their movement is about restructuring the country.

Etisosa Idahosa, a protester, said that Nigerian youths want their voices heard in matters of change and restructuring.

“We want good jobs. I graduated with first class from UNIBEN ten years ago. I don’t have a job. I run home lessons for children. I want a change. I want a job,” he said.

Gladness Eloghosa said that Nigeria has good resources which have been badly managed.

“Let’s join hands to build our country. We are better than many countries. Let the change begin with us as citizens. I am proud to be a Nigerian that is the reason I am out today to carry out this peaceful protest and ensure that change comes,” she said.

According to reports, the protest in the state have reduced due to resistance from police.

Efforts to get a reaction from the Police Public Relations Officer, DSP Chidi Nwabuzor, was unsuccessful.