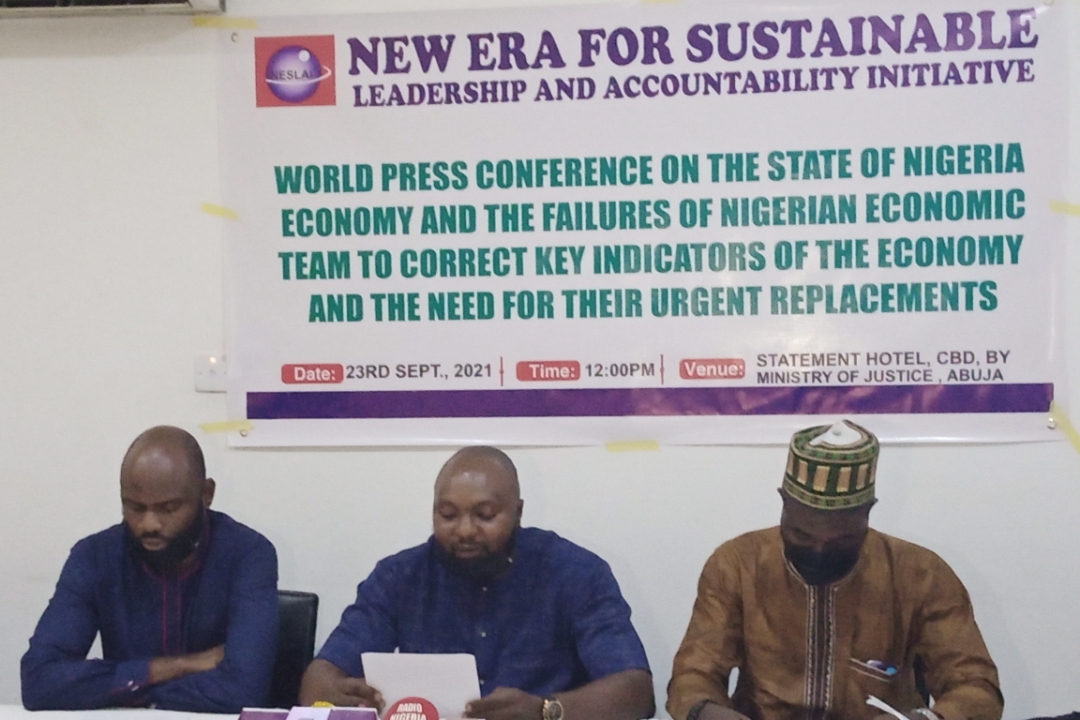 New Era for Sustainable Leadership and Accountability Initiative (NESLAI) has urged President Muhammadu Buhari to replace the non-performing heads of Ministries, Departments and Agencies to rescue the country from the current economy woes.

Mr Edwin Femi, the Executive Director of NESLAI, made the call at a news conference on Thursday, in Abuja.

Femi said that President Buhari came into office on a mantra of change at a time when Nigeria was in dire need of change from corruption, cronyism, patronage politics and blatant stealing of our collective patrimony.

According to him, the then stealing threatened to uproot the country from her very foundation.

“Having taken the battle to the unpatriotic elements in his first term, President Buhari declared, upon his re-election to serve the people for a second term that he would lift 100 million Nigerians out of poverty.

“We are extremely concerned that certain components of his administration have failed to match the vision with required technical competence and sincerity of purpose that the president himself espouses.

“It is so sad that in spite of many interventions like, N-Power, Survival Fund, et cetera by President Buhari, those saddled with the responsibility of setting our country’s economy on a solid footing have failed.

“Thus, we call on them to both tow the path of honour and quit the stage, or President Buhari should ‘do the needful’ to rescue the economy,’’ Femi said.

According to him, there are more competent hands that can take charge and deliver the goods and services that can lift Nigerians to the next level.

Femi said it was regrettable that some government agencies had turned themselves to enablers of mass impoverishment to the detriment and at the expense of the average Nigerians.

He stressed that while the entire economic management architecture had been in tatters, some high ranking government officials carried on as though all is well.

“Some of them feel less concern; they will not carry out an emergency briefings to explains the efforts being implemented to address the underlying issues, and when thing will get better.

“In fact some heads of Agencies/Departments supposed to have retired, having reached the age of 60 years, but you discover that they are still there without adding value or progress to the administration of President Buhair.

“We call on Mr President to take a closeer close at his economic management team and effect necessary changes as he recently did in relieving two ministers.

“We commend him for his social investment drive to ameliorate the suffering of Nigerians at this critical point in our history and will shall continue to avail the nation of our voices as advocates for zero tolerance for corruption in public services,’’ Femi said. (NAN)