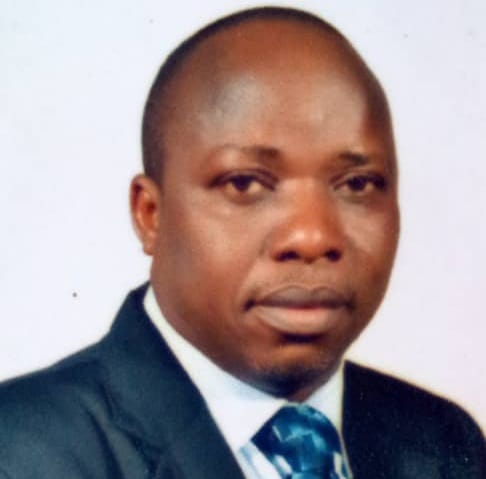 This, the association said, was to restore its lost glory due to the importance of education to human and societal development.

Mr Mandy David Abuluya, the ECDA President stated this on Saturday in Nassarawa Eggon during N500m fund raising for the development of the school

Abuluya, who could not hide his joy on the ongoing revival of the school appreciated Eggon sons and daughters and others stakeholder for supporting him at all times for improved standard of education in the school.

According to him, it may interest you to know that when I was elected as President of this Association in November 2021 and subsequent sworn in, I met only 13 students with only two teachers in this school.

” But today, to the glory of God, I want to inform this gathering today that we have a total of 776 students on ground.

” I have also employed 25 qualified teachers and non-academic staff for the overall development of this institution.

” The N500 millom fund raising is for the equipping of Science and Computer laboratories, purchase of library books, ICT facilities, building of additional blocks of classrooms, renovations and fencing of this school,” he said.

Abuluya, who is the founder of Nacabs Polytechnic, Akwanga, Nasarawa State said that the payment of salaries of teachers was up to date in the school.

” I also want to inform you that as I am speaking, November 2022 salaries have been paid to teachers and other staff of the school to motivate and encourage them to put in their best to enhance standard of education in the school.

” In short, salary in this school is paid promptly,” he said.

The President also disclosed that he declared free tuition fees from Junior Secondary School (JSS 1 to 3) in the school to enable every child of Eggon nation and other tribe have access to education.

” As part of my efforts to give every child of Eggon nation and other tribes to have access to education, I have declared free tuition fees from Junior Secondary School (JSS 1 to 3) in the school,” he added

Abuluya commended the staff of the school for being hard working and committed to their duties and called for its sustenance.

” As truancy, absenteeism, lateness to work and indiscipline are not tolerated in the school,” he said.

He advised Eggon and other politicians to play the game by its rules as the 2023 general elections is drawing nearer in the interest of peace and for the overall development of the state and the country at large.

The President also called on Eggon people to continue to be law abiding, embrace peace and unity, respect constituted authorities and tolerate one another wherever they are residing.

Gov. Abdullahi Sule , represented by his Deputy, Dr Emmanuel Akabe, Sen. Abdullahi Adamu, the APC National Chairman, who is the Chairman of the Occasion appreciated Eggon nation for establishing the school.

The governor, and Adamu, who was represented by Alhaji Danladi Envunlunza, the Nassarawa North APC Senatorial candidate in 2023 assured of their continous commitment to support the school at all times to succeed.

Also speaking, Dr. Mannaseh Jatau, the Deputy Governor of Gombe State, who is the Chief Fund raiser, assured of his commitment to the development of the school.

Jatau, who was represented by Amb Edward Sarki, DG Diaspora Gombe called on Eggon nation to continue to unite in their interest and for the overall development of the society.

The duo also assured Eggon nation of their support to them whenever they need arises.

On their parts, Prof. Evelyn Allu-Kangkum of University of Jos while presenting a Key Note address on the topic: ” The Roles of Sustainable Education in Community Development : A Case For The Eggon Nation underscored the roles of community education in community development.

The professor said that sustainable education was a tested social tool that breaks down barriers through communication, promotes understanding and cooperation within local and global communites.

Also speaking, Dr Haruna Kigbu, former House of Representatives Member, Dr Joel Adagadzu, a PDP Chieftain, who is the father of the day among other speakers lauded ECDA initiative for the revival of the school and assured of their continous support to the development of the school and Eggon nation at large.

DCG Sule Allu ( rtd) Chairman, Central Planning Committee of the event thanked all those that contributed positively to the development of the school and prayed God to bless them abundantly.

The Chairman prayed and wished all those who came from far and near safe journey to their various destinations. ( NAN)