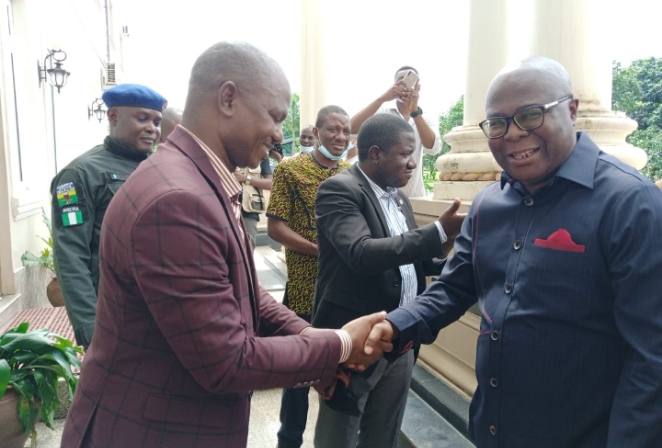 Mr James Lalu, the Executive Secretary, National Commission for Persons with Disability (NCPWD) says disability is not an immunity for redundancy and failure.

Lalu was speaking at a Town Hall meeting organised by with the commission on Rule of Law and Anti-Corruption (ROLAC) in Awka, Anambra, for States and Federal establishments in the South East Geopolitical Zones.

The meeting was also for Technical Working Group to ensure the implementations of sections 28 and 29 of the law, which provides five per cent access to employment of Persons with Disabilities (PWDs).

Mr Mbanefo JohnMichaels, the Head of Media and Publicity of the commission, made this known in statement on Thursday in Abuja.

Lalu said that the present time in history belonged to the PWDs and urged them to buckle up and take it.

“It’s time to take over, it is not enough to be qualified; opportunity to work is more important. Be ambitious as disability can never be immunity to failure.”

While declaring the event open, Lalu said that the commission was embarking on vigorous awareness campaigns to ensure that five per cent access to employment as provided by the law was respected.

He said that the commission would hold Town Hall meetings in all the six geopolitical zones of the country and would monitor the outcome.

The NCPWD boss acknowledged that Anambra was the only state that had passed the Disabilities Rights Law and was implementing it, adding that other states in the region should key into it.

Earlier, the Anambra Head of Service, Mr Harry Uduh noted that Anambra was leading in matters of inclusiveness for PWDs.

Uduh said that three PWDs permanent secretaries were currently under the employment of the state government and more were being employed because “it is a direct policy of the governor’’.

He thanked Lalu for his influence in the state, which he described as “very positive’’.

Similarly, the Special Adviser to the Governor on Disability Matters, Mr  Chuks Ezewuzie represented by Mr Collins Joseph, said that amongst the states of the federation, Anambra had been taking the lead in making life easier for PWDs.

Meanwhile, the Chairman of Joint National Association of Persons With Disabilities (JONAPWD) Anambra chapter, Mr Ugochuwkwu Okeke said that over 250 of their members had been gainfully employed into the state civil service.

The ROLAC Programme Officer, Mrs Josephine Onah commended Lalu for his hard work in trying to see that PWDs were well catered for and better placed in the society. (NAN)