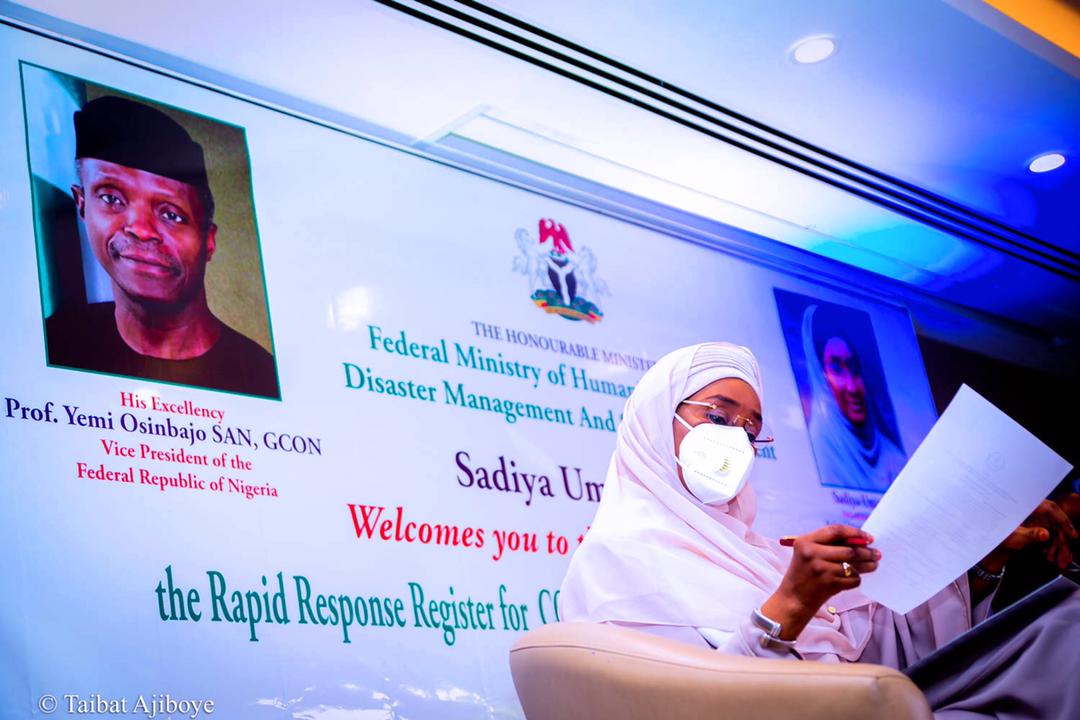 A statement by Farouq’s Special Assistant on Media, Mrs Nneka Anibeze, quoted Osinbajo as making the commendation as he inaugurated the Federal Government’s emergency intervention database for the urban poor, created as a cushion for those impoverished by the  COVID-19 pandemic.

“I must commend the Honorable Minister of Humanitarian Affairs and her team, not only for this innovative effort, but for the discipline and resourcefulness that they have brought into the execution of the project, to deliver it so promptly and so well.

“With the RRR, which uses a wholly technology-based approach, we are primed to achieve an end-to-end digital foot-print in cash transfers for the urban poor.

“This will also help us achieve our financial inclusion policy, under the Enhancing Financial Innovation and Access programme (EFInA).

“The groundbreaking success of the RRR, now emboldens us to achieve our aspiration of a social security programme for a minimum of 20 million Nigerians, in the next two years, the largest of its kind on the continent,” Osinbajo said. 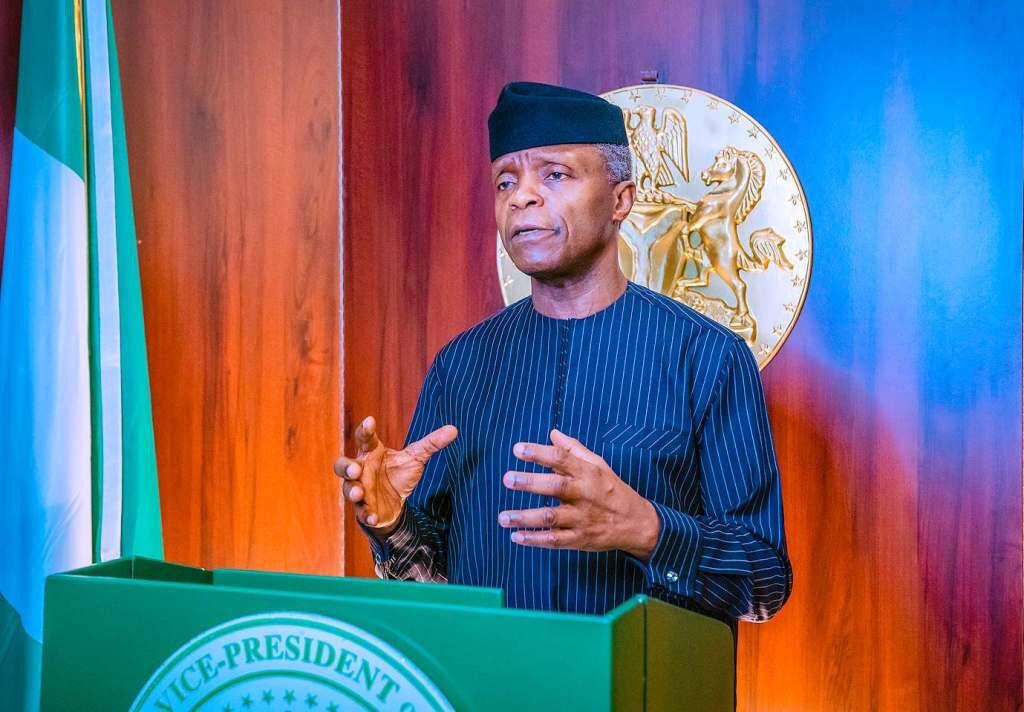 According to him, the country deserved a social security scheme, that will not only alleviate poverty, but also create wealth for millions of those waiting for the opportunity, and as a testimony  to the commitment of the Federal Government  to create opportunities for millions of Nigerians, to exit poverty with dignity and hope.

Speaking earlier, Farouq described the  implementation of Humanitarian and Social Protection Programmes in Nigeria as a critical milestone, in building a Shock responsive Social Protection delivery system for the country.

“It is critical because, it completes the full saturation of the urban and rural geographies, in the registration of the poor and vulnerable people across Nigeria.

“As you may be aware, the National Social Register, is the repository for these databases, that has largely captured rural poor households, due to the very important prioritisation process it uses, by starting from the poorest communities, to wards and Local Government Areas (LGAs).

“This was done to achieve equity and ensure that the poorest people are the first on the register,” Farouq said.

She said the database was needed to develop the capacity for rapid response to any emergency, be it natural or man-made disasters, such as banditry, insurgency, communal crisis, emerging food crisis and displacement, arising thereof, as well as  climate change, or similar pandemics.

“The RRR is designed to rapidly identify, register and provide people succour, who were not previously captured in the social register.

“According to records, about 24.3 million poor and vulnerable individuals were identified as at the end of 2020, and put in the National Social Register. Each beneficiary will receive five thousand naira, for a period of six months,” Farouq said. 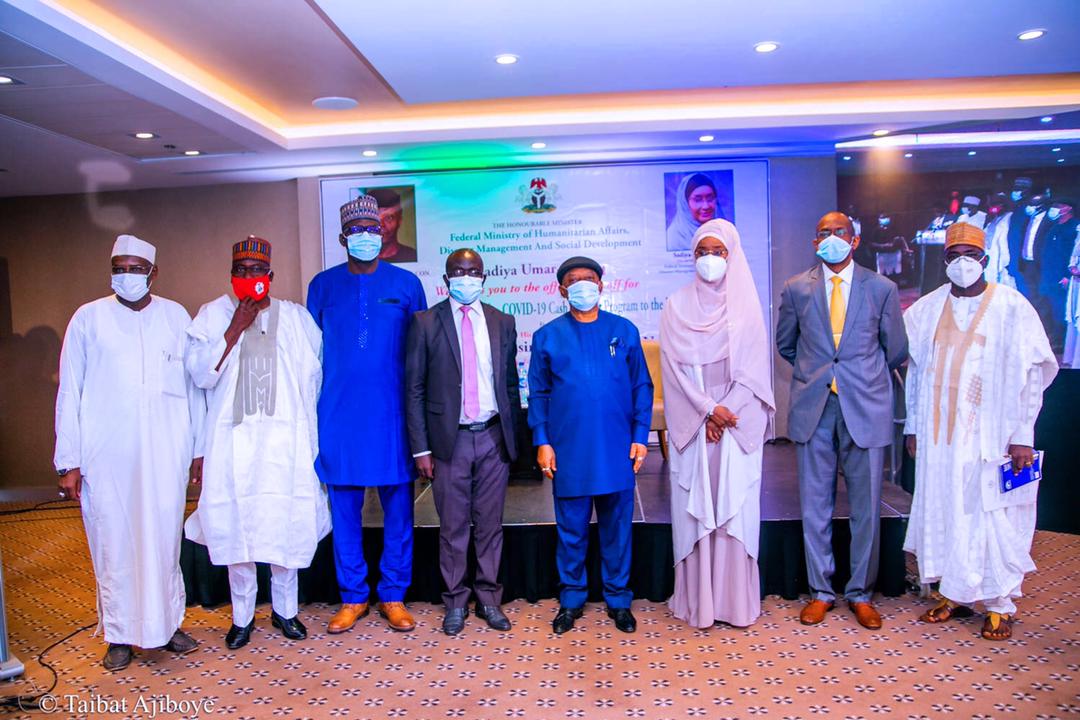