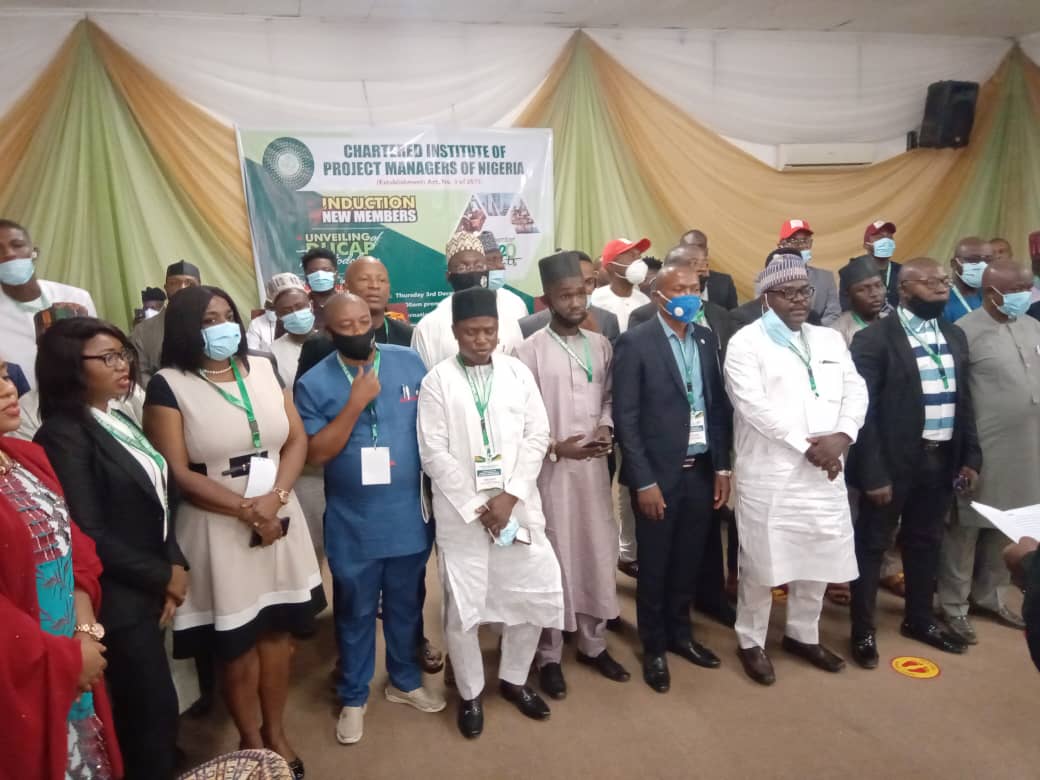 The Chartered Institute of Project Managers of Nigeria (CIPMN) has unveiled a methodology aimed at enhancing professional best practices of its members.

The methodology called Delivery Unified Controlled Agile Projects (DUCAP) was unveiled in Abuja on Thursday at the induction ceremony of 120 new members of the institute.

Dr Victoria Okoronkwo, Chairman, Governing council of the institute said that there were gaps in the application of projects within the country’s project environment and eco-system considering the peculiar socio-economic,, political and ethno religious realities.

Okoronkwo said that in order to bridge the gap, the idea of DUCAP as the country’s version of project delivery framework was muted.

She said that the major objective of the methodology was to integrate all the existing foreign methodologies and overlap them with learning and training curriculum.

” We know very well that our environment is different from foreign environment. We have our own peculiarities both social and cultural.

” So being different from the white, we have to do things according to our own culture and religious. DUCAP has come to differentiate us from the way the white people deliver project.

” It has not been easy in this country concerning projects, a lot of projects become abandoned because a project manager has not been there.

” But when we look at it, may be it is because of the foreign methodology, so we said let us do our own that will be good considering our environment,” She said

The president called for government support on the realisation of DUCAP methodology while also urging the inductees to take the business of project management in the country serious therefore desisting from using non-professionals in project delivery.

Also, Mr Henry Mbadiwe, Registrar of the institute, said that the idea of DUCAP was to continue evolve as the country also evolves.

Mbadiwe explained that it was necessary to address gaps in the delivering of projects from every part of the country while also calling for a strong institutions for project sustainability.

According to him, DUCAP is the methodology that can change Nigeria. We need the country to begin to do things right in project delivery.

“DUCAP methodology focuses on delivering project in Nigeria context. We have project methodology that has been created by countries of the world.

” But with Nigeria, what we have done is work with a lot of individuals in the academics, professionals fields to look at Nigeria to create a new project management delivery framework for this country.

” A framework that takes into consideration a unique cultural ethnic, religious and political diversities, it looks at Nigerian own local content.

” It is not just knowledge-based imported from overseas but it is one generated from Nigeria and for Nigerians. It is a very big milestone because we can begin training using this particular framework to next level of project management.”

He therefore called on government to take pride in human capacity saying that building, cars, assets should not be more important than people.

He added that it was necessary to develop a knowledge-based projects that could be exported to other countries as this was the only viable tool to national development.