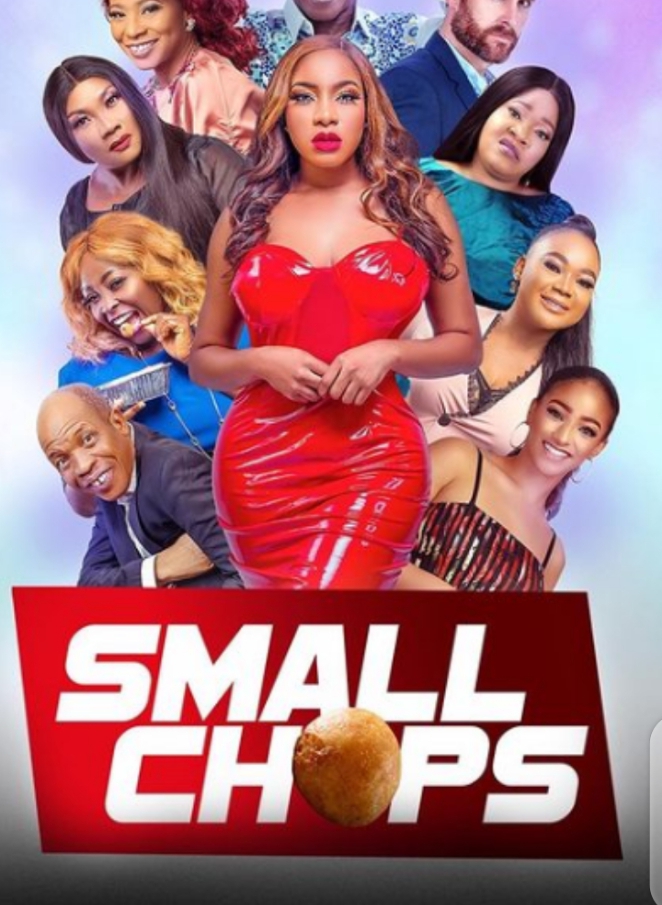 The movie producer/philanthropist, who took to her instagram account @chikaike to announce the film on Netflix, said she was excited when the film got amazing cinema reviews and won several international film festival awards across the continent.

” We are number 1 on Netflix baby!. I was super excited when SMALL CHOPS film got amazing Cinema reviews and won several international film festival awards across the continent.

” But honestly, I’m beyond overwhelmed by all the amazing comments, DMS, and calls I’ve received home and abroad this past few days.

“Thank you guys for your love and support. I don’t take it for granted. Tell a friend to tell another friend to watch small chops on Netflix.

“God is the greatest! @flipscriptstudios@smallchoosmovie#flipscriptebtertainment#netflix,” she wrote.

She urged those in abroad or people that have missed watching it in the cinemas in Nigeria, to take advantage of the platform to watch the movie.

The multiple International festival award winning film, tells  a story of Nikita, an afro dancer at a bar, who caught the attention of Casper, an uptight business mogul.

Casper later paid for a weekend of private entertainment, but things do not go as planned because Nikita’s self esteem and Casper’s attitude caused sparks to fly.

At the time they let their guards down, the sparks turned to fireworks.

The film, which directed by Robert Peters, is a Flip Script Entertainment film.