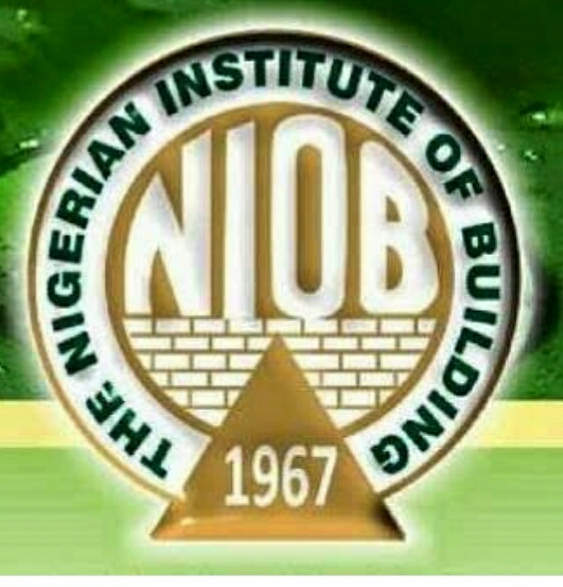 Mr Kunle Awobodu, National President of the Nigerian Institute of Building (NIOB) has called for stringent disciplinary measures against quacks and their enablers in the building sub-sector.

Awobodu made the call on Saturday in Calabar while commemorating the second annual Builders Day.Represented by Mr Alderton Ewa, Second National Vice President,

Awobodu noted that there had been several building collapses in the country, with Lagos State accounting for about 60 per cent of the total figure.

The News Agency of Nigeria (NAN) reports that the 2021 Builders Day was held under the theme: ‘Registered Builders’ Engagement in Building Production’.

According to Awobodu, the problem with building construction in the country is that a large number of those who engage in the business are quacks and only interested in quick and cheap money.

He also said some of those who invest in building development only have the mindset of profitting at the expense of quality output; and so as such, preferred to use quacks.

“As revealed in our record, most of the buildings that collapsed in Nigeria lacked professionalism in the production and construction process as well as in their management.

“This is an aberration and an affront on the law of the Federal Republic of Nigeria that recognises that trained and licensed professionals must handle and manage the construction and production processes of every building.

“We enjoin the Federal Government, through the Minister of Works and Housing, Mr Babatunde Fashola, to expedite actions on the National Building Code Project, which will give strong impetus against quackery.

“Today, we want to let people know the importance of engaging professional builders to prevent unnecessary building collapse in the country,” he said.

NAN also reports that the Builders Day is set aside to draw the attention of government, professionals and individuals to the menace of building collapse in the country.

In his remarks, Mr Ekpenyong Ekpenyong, chairman of the Cross River chapter of the association, noted that building collapse was rare in the State.

He, however, called on the state government to make it a priority to engage professionals in all building projects in order to save lives and property of residents.

“I also pray that the Building Code which is in its final stage will see the light of day and subsequent take off,” Ekpenyong said. (NAN)