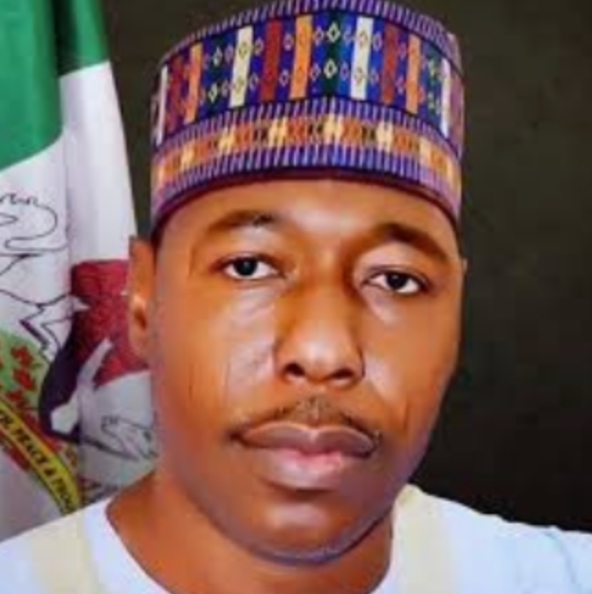 Gov. Babagana Zulum of Borno has announced that his administration will not retrench any civil servant in spite of the current trying moments in the insurgency-wracked state.

Zulum made this known on Saturday, in Maiduguri, at a luncheon organized to mark Democracy Day and his two years in office.

He added that his administration would also ensure sustained payments of workers’ salaries and pensions in view of their impact on the state’s economy, adding that workers must, however, reciprocate by sitting up because lack of commitment to work would not be tolerated.

The governor, who disclosed expending N15 billion for the settlement of pensions and gratuity arrears by his administration, said the balanced of N5 billion outstanding gratuity would soon be settled.

Zulum announced the recruitment of 1000 science teachers for the state’s secondary schools, while lamenting the lack of sufficient qualified teachers in the state’s primary schools.

He urged stakeholders, including tradition rulers and politicians, to assist in identifying unqualified teachers in their community schools for further training.

Zulum said that he was recently at his home local government of Mafa where he interacted with some primary school teachers who could not even write their names properly.

He said his administration would recruit 3,000 qualified teachers to boost the quality of teachers in public primary schools, so that the children of the masses could get quality education.

“We shall recruit more health personnel in such a way that pressure on secondary health facilities would be reduced.

“By the grace of God, we shall recruit about 500 health personnel in the next six months to strengthen out the healthcare system, ” Zulum said.

On security, the governor said in spite of the improvement in area of security, his administration would still improve its support to the military and other security agencies, to further enhance their performance.

“A few days ago we bought three Armoured Personnel Carriers (APC) and hope to buy not less than 20 more in the next six months,” Zulum said.

While commending the people of Borno for their support to his administration,  Zulum urged other elected politicians in the state to show quality representation or risk not being re-elected in 2023.

“Anybody who did not perform to the satisfaction his people should not be given another chance,” Zulum said.

Many stakeholders, who spoke at the occasion, lauded the governor for good governance and assured him of sustained support.

Earlier,  the state Commissioner for Information, Alhaji Babakura Abba-Jato, who spoke on administration’s two years scorecard, said a total of 556 capital projects were executed during the period, alongside other people-oriented policies and programmes.