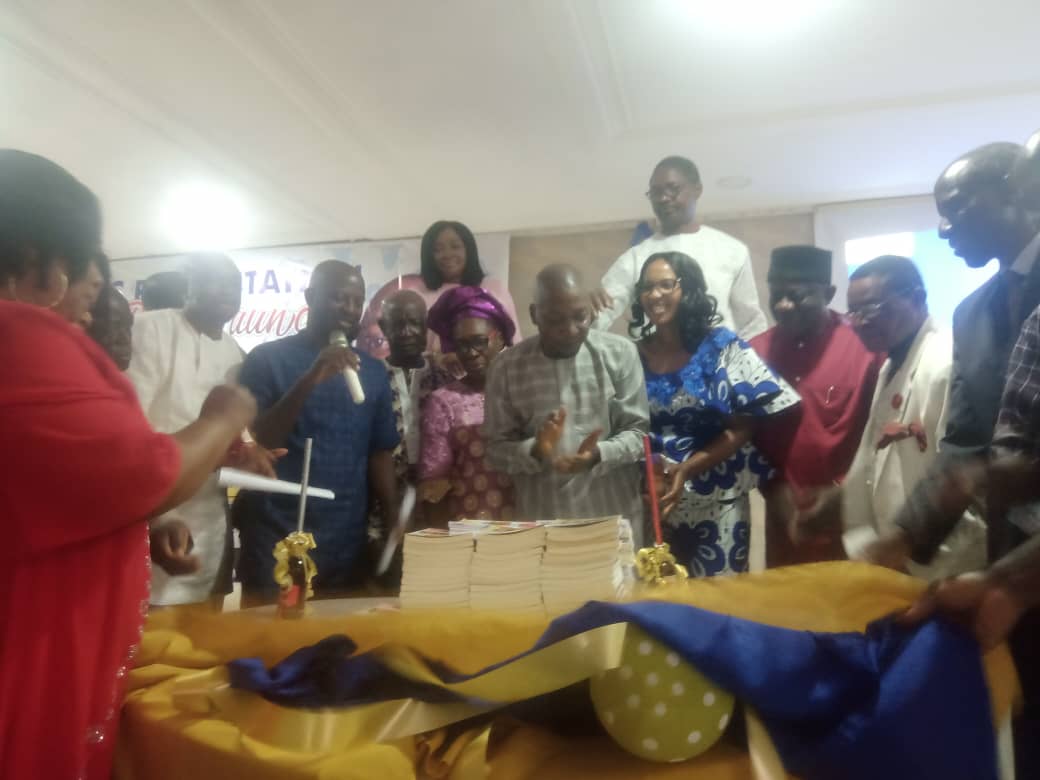 Mr Oscar Amaechina, President and Founder, Afri-Mission and Evangelism Network has called on the preachers of the gospel to lay more emphasy on the gospel of salvation and love for humanity as the only solution to national insecurity bedeviling the nation.

Amaechina was speaking at the public presentation and book launch titled ” The Mystery of the Cross Revealed” in Abuja on Sunday.

He said it was important for Christians to embrace the old rugged cross saying that without the cross there is no salvation.

He said that the void would help address the challenges of leadership deficit and national insecurity the country was faced with if pastors would take advantage of the message the book afford.

He noted that over 64 million people have not been preached to which had greatly resulted into higher crime rate in the country while appealing to the clerics to so their job in reaching out to lost souls rather than preaching about materialism.

According to him, the book will help believers to embrace the advance doctrine of Christ as stipulated by Apostle Paul in the book of Hebrew 6:1 and 2.

“This book will help us so much because this book is redefining Christianity and I believe the problem we have in Christianity is foundational and fundamental problems. They did not tell us what Christianity is all about and we should know that even the church is a microscope of the society.

“I believe that by the time we are able to study this book, it will help us to correct the error. Once the error is corrected we will understand that ours is not all about materialism.

” The reason why robbers rob and kidnappers kidnap is because they are looking for money . I have stated it that money is a mammon.

” I strongly believe that it will do a lot because once people are able to understand that our life does not end here on earth, if people are heavenly minded, the tendency for them not to commit crime will be there.

” When you talk about terrorism the book talk so much about great commission as an abandoned project by believers, if we are able to reach out to the terrorists, some of them carrying bombs and guns would have been carrying Bibles.

” The gospel has saturated down south but I want to say that the north has been staffed, we have refused to reach out to the north and that is why the enemy has evangelised to the people we supposed to evangelise to,” he said.

Also, Mr Ubina Ubi, the book launch Chairman commended the author for his dogged resilience in bringing the book to limelight saying that it would address most of the problems the country was faced with.

He called on all Nigerians to as a matter on concern celebrate people who had contributed immensely in making the society a place to be rather than celebrate those who had not contributed in moving a society forward.

“If a child makes A1 in mathematics, do we know that we just look at that child rather than celebrate and encourage him to do better. But if a man stands here to share jokes of immorality, we will celebrate such a person and that is the society we find ourselves in.

” And so when a man sits down and comes up with a concept and calls it a book and puts it into writing of up to 250 pages, such a man needs to be celebrated particularly when you consider our environment.”

Meanwhile, Mrs Josephine Amaechina of Antioch Christian Centre, said that the author conceived the inspiration during the lockdown for CIVID-19.

She said that the book was not a product of human ingenuity but a manifestation of the work of the Holy Spirit saying that the book portray a paradigm shift from what Christianity was known for to the reality of Christian faith.

The author as part of his humanitarian service had commissioned a lot of project among which are the commissioning of three boreholes to three vulnerable communities in the North Central and North West regions.

The book review was done by Dr Iyk Oji, a Retired Director, Nigeria Institute of Management.