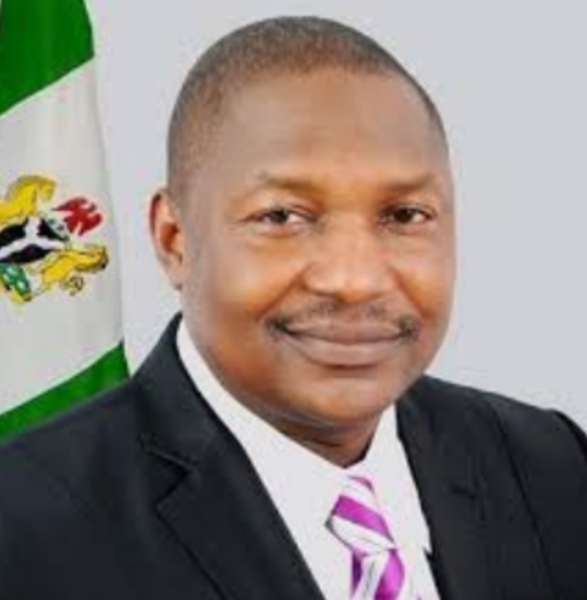 BUSTED: How Nigeria’s Attorney-General Malami Released Over 300 ‘Powerful’ Boko Haram Sponsors After Collecting Bribes, Over 300 suspects arrested by the Nigerian government for funding Boko Haram terrorists have been released, SaharaReporters has gathered.

SaharaReporters had in April reported how over 400 persons were arrested by security agencies during a nationwide crackdown on the suspected financiers of terror in Nigeria.

The operation was said to have been approved by President Muhammadu Buhari in 2020.

Confirming the report a few days later, Attorney-General of the Federation and Minister of Justice, Abubakar Malami (SAN) had said the Nigerian government embarked on “a wider and far-reaching investigation” into terrorism financing after the conviction of Boko Haram financiers in the United Arab Emirates.

But on Wednesday, Malami, who is in the United States as part of Buhari’s entourage to the United Nations General Assembly, said his office had reviewed over 1,000 case files out of which 285 had been filed before the Federal High Court.

Malami was reacting to public criticism over the secrecy surrounding the identities of the alleged financiers of Boko Haram as Buhari’s government has shunned all calls to name the terror sponsors.

The United Arab Emirates recently listed the names of 38 sponsors of terrorism, which include six Nigerians.

However, sources told SaharaReporters on Thursday that while Nigerians were clamouring for the identities of the terror sponsors to be released to the public, Malami had already facilitated the release of many of them after collecting bribes from the most powerful ones among them.

SaharaReporters earlier on Thursday published a list of 45 names out of the 400 suspects said to have been sponsoring terrorists.

But according to a source, the 45 suspects are the “insignificant foot soldiers of terror financiers” being detained by an ex parte order while others have been released.

SaharaReporters exclusively obtained documents including an affidavit in support of a motion filed by the prosecution (Nigerian government) to seek the continued detention of the suspects at “Wu Bassey Barracks, Asokoro, Abuja for 90 days pending the conclusion of investigations by the headquarters of the Nigerian Army Intelligence Corps”.

The affidavit deposed to at the Federal High Court Registry by a litigation officer in the Office of the Director of Public Prosecutions of the Federation says: “The suspects were arrested by troops of Operation Lafia Dole in Kaduna, Kano, Niger, Borno, Lagos and Zamfara states in relation to terrorism activities in the country.

A security source told SaharaReporters on Thursday that Malami ordered the release of the “big fish” or prominent and powerful ones among the 400 suspects initially arrested after collecting bribes from them.

The source added that those being detained are “insignificant foot soldiers”.

“We arrested about 400 of them but he collected bribes from the most powerful ones and they have since been released. Yesterday (Wednesday), he claimed there were 275 of them left, in an interview he had in New York. Most of the 275 he mentioned have also been freed.

“Some powerful Northern Emirs intervened on their behalf. Only an ex parte order to detain were filed against these 45 persons before Justice Anwulika Chikere of the Federal High Court, Abuja. Unfortunately, she was a vacation judge and has now travelled.

“She is retiring in about three months’ time. Only about 45 names were submitted to her instead of 275 the Minister claimed yesterday. These are all the strategies being used by Malami who has already left the big terror financiers off the hook.

“The 45 persons are insignificant foot soldiers of terror financiers. And if you check the documents very well, most of them have already filed fundamental rights challenge against the government and are billed to be granted bail anytime soon.

“That Honorable Justice Anwulika Chikere handling the case was born on 28th December 1956, so she is bound to take a bow on December 28, 2021, which is just three months from now.”

And going by documents exclusively obtained by SaharaReporters, most of the suspects currently being detained have already filed Fundamental Rights challenges and are billed to be granted bail.

Though the documents also contain a list of the names of 45 suspected sponsors of terrorism, there is nothing to show that any charges have been filed against them since their arrest.

Confirming that even the suspects currently being held will also regain their freedom, another source said, “Don’t forget that no one has been charged according to the documents; the ex parte filed contained zero evidence they carried out anything. They are billed to be granted bail.”