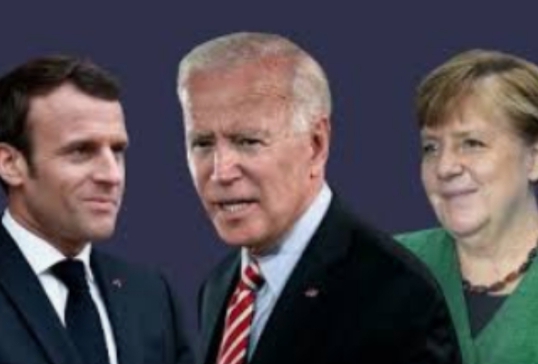 World leaders including  U.S. President Joe Biden, President Emmanuel Macron of France, and Chancellor Angela Merkel of Germany, have expressed their condolences at the death of Prince Philip.

“Over the course of his 99-year life, he saw our world change dramatically and repeatedly,” the statement said.

“Prince Philip gladly dedicated himself to the people of the UK, the Commonwealth, and to his family,” the Bidens said, adding that he would be remembered especially for “the impact of his decades of devoted public service.”

House speaker Nancy Pelosi also expressed condolences on behalf of the U.S. Congress in a tweet, while former president Bill Clinton and ex-secretary of state Hillary Clinton said: “We enjoyed every opportunity we had to visit with him through the years, and will always be deeply grateful for the kindness he showed us.”

His life was “defined by bravery, a sense of duty and commitment to the youth and the environment,”

He expressed his sincere condolences to Queen Elizabeth II, the British royal family, and the British people.

It was the same for German Chancellor Angela Merkel, who tweeted, “The death of Prince Philip fills me with great sadness.

“His friendship towards Germany, his straightforwardness, and his sense of duty will remain unforgotten.”