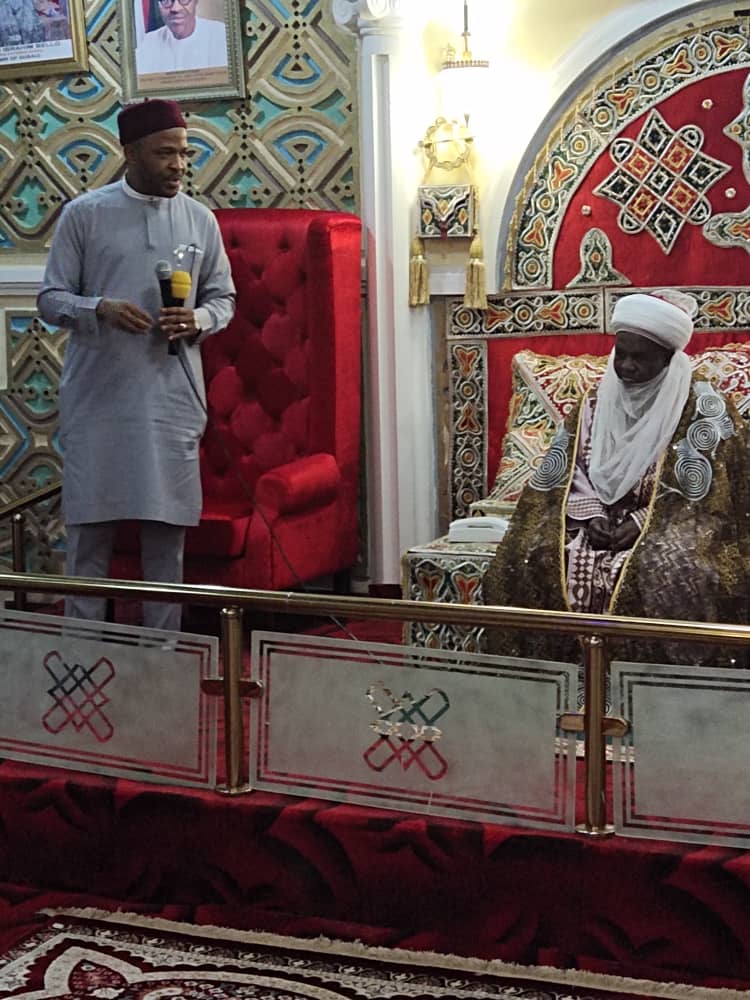 The Federal Government has flagged off the Better Education Service Delivery For All (BESDA) programme in Zamfara State, targeting the enrollment of 148,000 children that are currently out-of-school.

The Minister of State for Education, Mr Chukwuemeka Nwajiuba who lunched the programme, paid homage on His Royal Highness, the Emir of Gusau, Alh. Ibrahim Bello (Sarkin Katsina Gusau).

Mr Ben Goong, Director Press of the ministry made this known in a statement made available to newsmen in Abuja on Monday.

The statement quoted Nwajiuba to have commended the Emir of the strong ranking of the 14th position of Zamfara State in the commity of states on the National common Entrance Examination (NCEE) ratings in terms of the number of applications vying to get into the nation’s Unity colleges.

Nwajiuba, who also paid a courtesy call on the Governor of Zamfara State, Alh. Bello Matawalle, lauded his achievements especially in the area of Basic and Secondary Education which had manifested in the current position of Zamfara State in the NCEE ratings from the last to 14 position.

The Minister said this new development would soon take advantage of its competitive edge over other states if the BESDA programme was implemented faithfully, having already enrolled 19,000 children.

Nwajuiba revealed that the BESDA programme had already enrolled over one million children in states where it had so far been launched.

He assured the governor that a comfortable payment schedule would be worked out for the state.

While reacting to the econiums from the minister, the Gov. Matawalle assured the Minister that his administration would double its efforts in ensuring that the right to quality education for the children of Zamfara State was not compromised.

Matawalle said his administration would leave no stone unturned to change the narrative in the field of education and other areas of endeavour in the state.

He requested the Minister to give Zamfara some weavers or work out a payment schedule in relation to monies owed the National examination bodies.

He also revealed that the state had paid up all its counterpart funds to UBEC up to date which had enabled it to provide classrooms and other facilities, including absorbing all returnee almajiris from other states into conventional schools.

He noted that the intervention of BESDA would go a long way in solving the challenges of out-of-school children for which he had declared a state of emergency.

He also revealed that the state is currently clearing all outstanding bills in the education sector including counterpart funding from UBEC.

He, therefore, expressed appreciation to President Muhammadu Buhari, the Minister of Education, Mallam Adamu Adamu, World Bank and other development partners in moving Zamfara state forward in the field of Education.