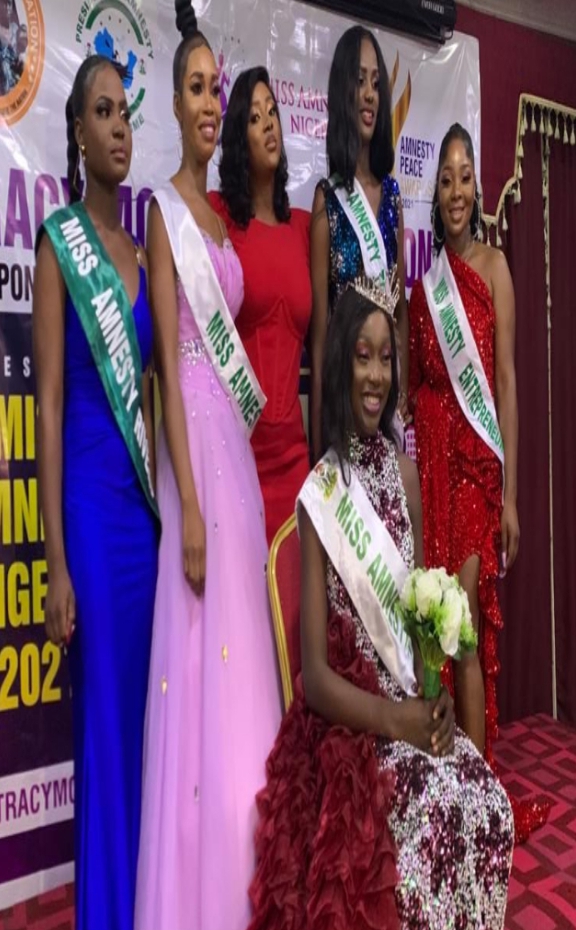 Aro, 19, beat eight other contestants from the Niger Delta on Saturday to clinch the crown organised by Tracy McWary Foundation in Port Harcourt.

“So, I am happy and thankful to emerge winner of this pageant.

“I intend to use my crown to bring back agriculture, as an alternative to crude oil and gas, to empower youths of the Niger Delta,” she said.

The Coordinator of Tracy McWary Foundation, Tracy McWary, commended the Presidential Amnesty Programme for sponsoring the event and appealed for support from corporate organisations.

She also called on the Niger Delta Development Commission (NDDC) and various state governments to support the foundation’s drive to empower youths in agro business.

“This event, which is titled “Beauty in Agriculture,” also showcases agricultural produce grown in the Niger Delta, such as plantain, snail, cassava, fishes, maize and banana, among others.

“Nigeria is blessed with arable farmlands and a good weather which supports all year farming.,”,she said.

McWary said the foundation decided to use the beauty pageant to educate youths, especially the girl -child on the importance and potential of agriculture.

“But unfortunately, agriculture has been degraded as a mere activity engaged by the poor but we forget that our food is sourced from agriculture, including drugs and fabrics.

“So, agriculture not only guarantee food security but plays a vital role in the wellbeing of a country or state,” she added.