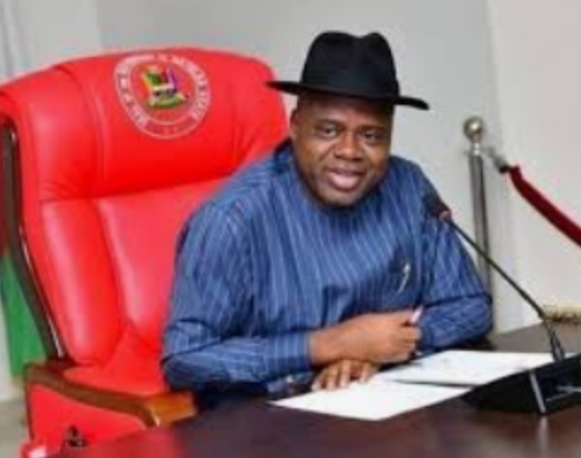 Bilabiri community in Ekeremor Local Government Area of Bayelsa State has called on the state and Federal Governments to help in restoration of normalcy after the sack of residents by criminals.

Mr David Bazigha, Chairman, Community Development Committee (CDC) for Bilabiri 1, coastline settlement, made the call in an interview with the News Agency of Nigeria (NAN) in Yenagoa on Saturday.

Bazigha said that the call had become imminent following the rise in criminal activities in the area which led to the death of a former Council Chairman.

“The development compels residents to flee the area. We are appealing to the state and Federal Government to salvage the Bilabiri Kingdom from criminal elements holding sway in the area and attacking residents.

”We lost the former Chairman, Aliebiri Rural Development Authourity, Bilabiri Hon. Frank Seide and two others and this led to the entire settlement taking refuge elsewhere leaving the area desolate.

”The community leadership as we speak are all in exile and the criminals have chased residents away while they engage in their nefarious activities, that is why we are sending a distress call to the government.

”We had raised concerns earlier on the activities of these miscreants in a letter the CDC Chairmen of Bilabiri 1 and 2 wrote alongside the monarch to security agencies dated March 19,” he said.

The chairman said the community appealed to the security agencies to wade in and sanitize the area by helping to flush out the undesirable elements amongst them, as things have degenerated.

”The loss of lives would have been prevented and now those of us who championed to end criminality have become their targets and we have to flee,” Bazigha said.

He recalled that the community leadership on March 19, written a letter to the security agencies and urged them to flush out criminals from its fold.

He noted that in a letter, the community appealed to the Joint Task Force deployed to protect oil facilities in the Niger Delta, to deploy its surveillance boats to the area to fish out miscreants.

”The letter was signed by Chief Peter Pinne, Amananawei (Paramount Ruler) in Bilabiri 1 and Chief Minna Fun, Amananawei of Bilabiri 2.

”The letter stated that the community leadership had resolved to rid the area of pirates, militants, oil thieves and kidnappers who brought the name of the area to disrepute.

”It added that the development is an expression of the people of Bilabiri to support government’s efforts at maintaining a peaceful atmosphere for legitimate economic activities,” Bazigha said.

When contacted, Spokesman for the state Police Command, SP Asinim Butwat, said he was awaiting details on the incident.

However, the Joint Task Force Headquarters in Yenagoa, declined comments and said that only the defence Headquarters had the mandate to comment on their operations.