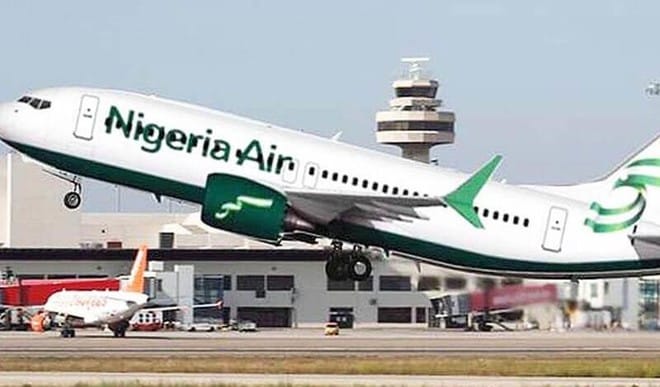 Minister of Aviation, Hadi Sirika, while defending the ministry’s 2020 budget at the Senate said that a new national carrier would start operation in 2021.He stated that all the required agreements and arrangements with other partners for the inauguration had been worked out.

The minister said that the national carrier would be private-sector driven, with the government holding not more than five per cent shares.

He further said that the private sector consortium would comprise reputable international airlines, leasing companies, aircraft manufacturers, financial and institutional investors, among others.

He said that the Federal Government would provide the required support by creating the enabling environment to sustain the airline.

According to him, the Infrastructure Concession Regulatory Commission (ICRC), has also completed a feasibility study of the proposed airline.

“Project Development Phase was completed with the development of the outline by ICRC.

“The next phase is the placement of Request For Qualification (RFQ) in local and international media as part of the procurement exercise,” he said.

Sirika, who was represented by Mr Muhammad Shehu, Director of Planning, Research and Statistics in the ministry, at the 7th edition of the aviation workers’ week, reiterated Federal Government`s plan to establish a national carrier.

The Theme of the event is “Contributions of a National Carrier to the Socio-economic Development of Nigeria. “

According to him, the actualisation of the national carrier will create jobs to boost Gross Domestic Products (GDPs) of the nation.

“Our focus to fly national carrier is still on course, in spite what we read on the media.’’

Contributing, Mr Hector Nnadi, Chairman of Joint Consultative and Negotiating Council, said the objective of the programme was to examine management-labour relationship and map out way forward for industrial harmony at the workplace environment.

“Over the time, we had to move beyond the fast-fading concept of union and management interactions to more relevant and impactful themes, generally viewed as more contemporary in the aviation industry.

“Motivated by the need for systematic examination and cross fertilisation of ideas, opinions and views with respect to cherished national ideal by aviation professionals, the annual seventh edition theme actually emerged.

“The concept is anchored on the desirability or otherwise of a national carrier’s contributions to the socio-economic growth of our fatherland, “he said.

On his part, Capt. Abdulsalami Mohammed, former Rector, Nigerian College of Aviation Technology (NCAT), in an interview with the News Agency of Nigeria (NAN), said that the future of the aviation industry in Nigeria was very bright as government was talking about establishing a national carrier.

“When it comes on board, there is going to be a huge demand for skilled manpower.

“That is where NCAT is hoping to play a big role, and it is also an opportunity for some of our unemployed professionals, currently out of job to get employed.

“It is also in line with Mr President’s vision or plan to provide jobs for our many youths.  Aviation remains the safest form of transportation,’’ he said.

According to him, Nigeria has a very high score in safety assessment by the International Civil Aviation Organisation(ICAO), following the effective measures government has put in place.

In the same vein, Mr James Odaudu, the Director of Public Affairs, Ministry of Aviation, said in a recent interview with NAN that the proposed Maintenance, Repair and Overhaul (MRO) facility in the aviation ministry`s roadmap would serve the national carrier when established.

According to him, the proposed independent MRO facility in Nigeria will address the maintenance demands of airlines in West and Central Africa, while also providing maintenance services for the national carrier and the Africa Leasing Company.

Odaudu, who further said that the MRO would be structured on a Build, Operate and Transfer (BOT) model, with the government acting as both the guarantor of the concession and project facilitator, stressed that the move would also improve national revenue.

He stated that the private sector consortium would be responsible for designing, building, financing, operating and maintaining the proposed facility for an agreed concession period.

“The proposed facility will have the capacity to serve both narrow body and wide body aircraft maintenance requirements and will be located in Abuja, “he said.

Capt. John Ojikutu (rtd), General- Secretary, Aviation Safety Round Table Initiative (ASRTI), on his part, advised the Federal Government to give priority to the establishment of a national carrier in order to improve Nigeria’s integrity among comity of nations.

He said the move would help the nation to secure international confidence from foreign countries.

He further advised the Federal Government to reinforce and enforce existing regulations in the aviation sector.

According to him, such international confidence will give indigenous airlines opportunity to collaborate better with other foreign airlines.

Ojikutu further advised the airport operators in the country to ensure corporate governance.

The ASRTI general-secretary called on Nigerian Civil Aviation Authority (NCAA) to be diligent in the enforcement of regulations.

According to him, compliant to the Nigerian Civil Aviation Regulations (Nig. CARs), especially the Economic Regulations by all operators, must be authentic, genuine and sustained.

He observed that not many foreign countries had confidence in Nigeria due to her operational level in the aviation sector.

“What confidence have we built in foreign airlines and other countries about our airlines when we had seven reciprocating frequencies that we built up to 14 for them because we have no airline to reciprocate?

“All these are in different alliances and are known by even countries that have no flights to Nigeria. We have projected no airline as national or flag carrier.

“More work needs to be done by the government and the airlines, “he said.  (NAN)