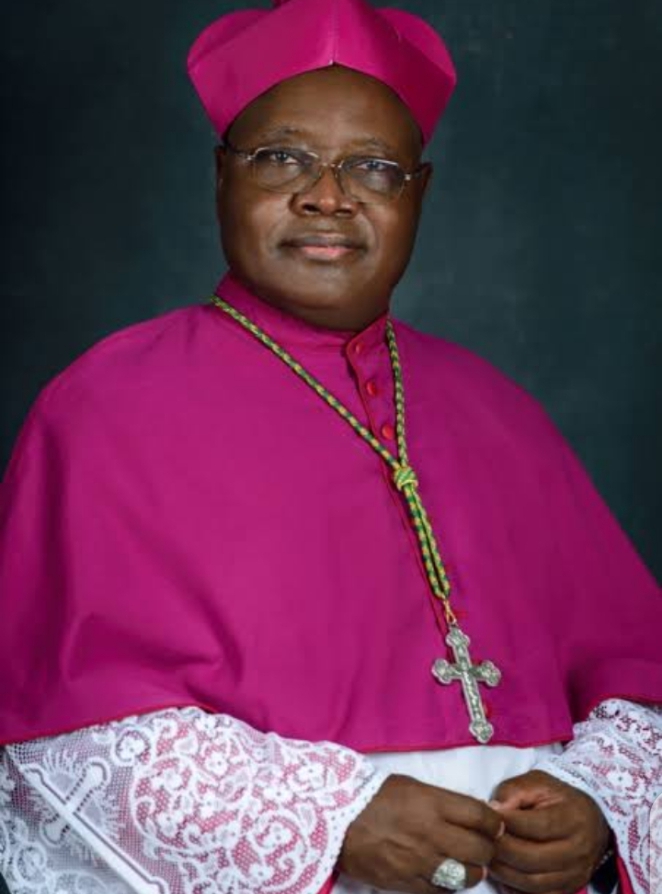 Archbishop  Ignatius Kaigama of the Catholic Archdiocese of Abuja on Sunday charged Nigerians to pray and rid the nation of corruption and other  social vices.

Kaigama, who gave the charge during his homily, at Our Lady Queen of Nigeria Pro-Cathedral in Abuja, stressed that genuine prayer must include praying for your enemies,

He said that Nigerians must have a large heart to be able to love and forgive one another  without pre-conditions and to treat all with dignity even if they differ from you.

The Archbishop noted that the polarisation of Nigerians, either along religious or tribal lines,  and the over-emphasis of our differences have had far reaching negative consequences that permeate and manifest in almost every  facet of life.

”Like Mary Magdalene, Peter and John in the Gospel, we must disseminate good news and nothing else; not bad news, not news of violence and despair or the news of division and hate.

”Our leaders can bring Nigerians good news; our security agents, public servants, and others must be honest in their  works  and good news will follow.

The ordinary citizens can,  also individually and collectively, behave with the fear of God and their activities will become good news.

”This will only be  possible when we accept to stand on the common grounds of our national aspirations, to see in one another: brothers and sisters, beyond unhealthy prejudices and artificial boundaries.

“We must  pursue our causes in line with the nation’s mission statement on its coat of arms: ‘unity and faith, peace and progress.’

”It is urgent that we put our swords into their  ploughshares and spears into their  pruning hooks (cf. Is. 2:4) and embrace one another in love.”

Kaigama said that the country had had enough of the impunity, bloodshed and the crimes of kidnapping, banditry,  and terrorism.

”We need today in this nation more patriotic men, youths and, especially, women,  who should be allowed to go beyond feeble political participation to bring about a new Nigeria.  And by the grace of God, together, we shall succeed,” he said.

”We need to continue prayers for our brothers and sisters who are  still held in captivity by their abductors  such as :  Leah Sharibu, the remaining Chibok girls, the students of the College of Forestry in Kaduna State.

”Let us remember the very sick who are unable to celebrate Easter with us either on account of the COVID-19 pandemic  or some other crippling sickness, or because of civil unrest, insecurity, violent attacks by unidentified persons, hardship occasioned by the global economic downturn.

“Let us pray that God will intervene in their situations.

” I wish all of us the blessings of the risen Lord and may His peace never depart from us and from our nation,” he said.

The Archbishop said that Easter Sunday is a total reversal of the gloom of Good Friday. Jesus’ death which seemed to be a defeat is shown as a triumph, a victory over sin and death.

He added that the celebration of Easter for us is our desire “to know Christ and the power of his resurrection, and  share in his sufferings by becoming like him in his death to attain the resurrection from the dead” (Phil. 3:10-11).

”While Christmas is only a “mission begun”, Easter is a “mission accomplished”. At Easter, we recount that great mystery that brought the world salvation and completed the story of our redemption.

“Therefore, Easter is not simply one feast among others, but the “feast of feasts”, the “solemnities of solemnities”.

”An expatriate Muslim who brought me an Easter hamper with very warm greetings two days ago asked me what we celebrate at Easter.

”I explained that we celebrate Jesus’s redemptive suffering and death and the fact that He rose three days after He was buried, we and the whole world are illumined by the light of His resurrection.

”For us, that Jesus rose from the dead is not in question, even though the chief priests and the elders bribed the soldiers to tell lies that the disciples stole the body of Jesus at night when the soldiers were asleep (cf. Mt. 28:11-15).

”Peter in Acts 2 and in 1 Peter 1:17-21 reaffirms the historical certainty of the resurrection and its dramatic impact on the faith of the early Christian community,” Kaigama said.

He also explained that the resurrection is the reason for our faith.

”But we know as a matter of conviction, that Christ died, rose and will come again.”

In the first reading,  Peter reminds his audience that he and the Apostles were witnesses to all that Jesus did both in Judea and in Jerusalem (cf. Acts 10:38-39).

”Peter teaches that it is only those who truly experience Jesus who can witness to Him effectively.

”Witnessing should be a deliberate and conscious effort to live out the Gospel values of Christ with due diligence and faith, by words and examples wherever we find ourselves: at work, school, home, shopping mall, family meetings or community gatherings.

”St. Paul tells us in the second reading to look for the things that are in heaven, where Christ is, sitting at God’s right hand (cf. Col. 3:1).

”As an Easter people, we must run the Christian race in sincerity and truth and gaze more on heavenly things for the world will one day pass away and heaven shall be our eternal home,

“If we must go and “make disciples of all nations,” (Mt. 28:19-20), Christ must penetrate that sacred space in the innermost part of our being in order to transform us, so that we can experience that burning sensation of faith and say, “did not our hearts burn when Christ was speaking to us?” (Lk. 24:32),” he said.

The Archbishop said that the risen Christ is concerned about our unity, harmony and peaceful co-existence among the multi ethnic and religious people of our country.

He said that we should always  pursue national development devoid of rancour, by exploring civilised approaches in addressing real or perceived grievances.

He said,  ”And as the former British Prime Minister, Mr. Tony Blair, said, our politicians should be ready to be leaders rather than politicians.

”The Catholic Bishops Conference of Nigeria(CBCN)  believes that prayer can move mountains, and so, they composed the  “Prayer for Nigeria in Distress” and the “Prayer against Bribery and Corruption