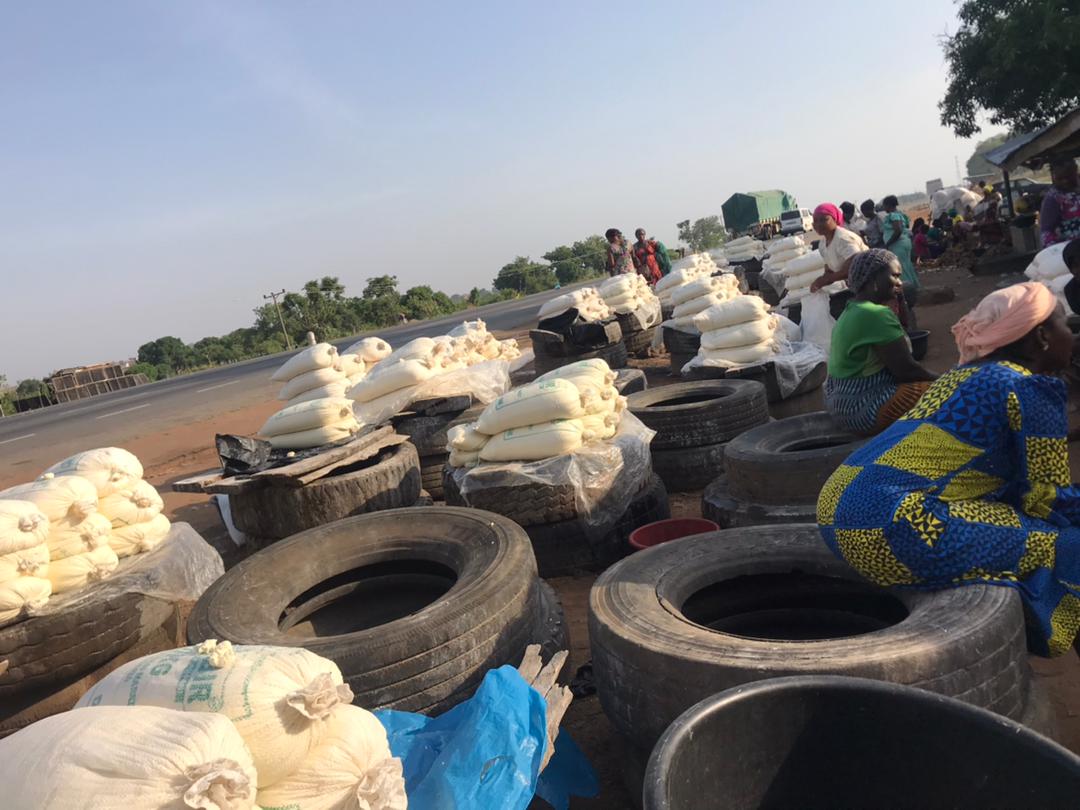 Sellers of Cassava paste, popular known as Akpu t in Great and Big Sheda communities in Kwali Area Council of the Federal Capital Territory (FCT), Abuja, have commended the Chairman, Mr Danladi Chiya, for constructing special markets for them to operate.

Mrs Godiya Shekolo the Leader of Akpu Sellers Association, made the commendation in an interview with the News Agency of Nigeria (NAN) on Saturday in Kwali.

According to her, the gesture would not only boost the personal income of the sellers, who are predominantly women, adding that it has also created job opportunities for others.

Shekolo, who described the action of the chairman as a “giant move”, added that it has improved economic activities in communities, as well as jacked up the revenue profile of the council.

She said akpu, which was hitherto viewed as exclusive food for the southerners, has now formed part of the menu list in all parts of the country.

She added that the gesture of the Chairman has empowered over 200 women and many others in communities through the production of the cassava paste.

With the establishment of these markets what used to be the exclusive preserve of the Igbo people, has now become the major occupation of women in the here.

” These markets are strategically located on the Abuja-Lokoja express way which makes it accessible to wide range of buyers.

“As I speak, over 200 women are in this business line and are major financial contributors in their households.

“Production of akpu is tedious but a very lucrative business because of the wealth it generates. it has provided jobs for much number of people aside the 200 women who own businesses here.

“Because of absence of modern techniques of processing, we recruit and pay women to peel and wash the cassava. That on it own is a source of job which supports families.

“So, we want to commend the Executive chairman of the council for such beautiful initiative, because it further has organise the women into productive venture, leading to poverty reduction in the area,” she said.

She, however, identified some of their challenges to include lack of adequate capital to increase the production capacity of members to meet the demands of customers, vehicle to aid supply and distribution.

Also, larger market space with adequate water supply and hospital to attend to their health needs because of the health hazards associated with the job, among others.

She called on the chairman and other spirited individuals to address the challenges with a view of boosting their akpu business.

Speaking to NAN, the Chairman, Chiya, said that his commitment toward pursuing the realisation of the goals 1, 5, and 8 of the Sustainable Development Goals (SDGs) motivated him into embarking on simple projects with huge and direct impact on women.

”I underestimated the benefits and the impact of the projects on women and the economic development of Nigeria, but testimonies from the direct beneficiaries of the projects creates a new line of direction.

“We don’t need to create complicated programmes before we can empower our people to bring them out of poverty.

“All we just need is to add value to those little things our women are already doing in the communities,”he said.

NAN reports that aside the structures built at the markets, the chairman also constructed two hand pump boreholes to ensure easy access to water.

NAN also reports that the Sheda Apku market supply its products to Lokoja, Katsina, Benue, Abuja and its environs, among other states. (NAN)