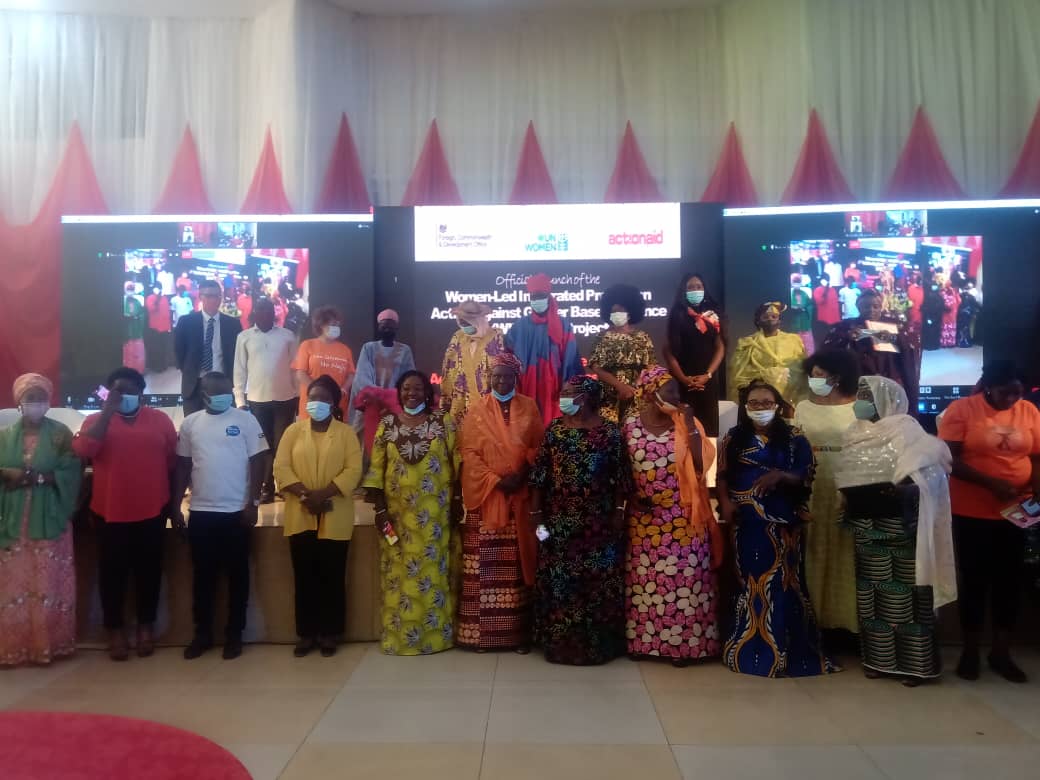 Actionaid Nigeria, a Non-gover mental Organisation (NGO) and its partners have called for more sensitisation of Gender-Based Violence (GBV) to protect the rights of women and girls from GBV exacerbated by conflicts.

Mrs Ene Obi, Country Director, Actionaid Nigeria made this known at the Official Launch of Women-Led Integrated Protection Action Against GBV project in Abuja on Tuesday.

Obi said the organisation was implementing and addressing GBV in in the three states of Edo, Adamawa and Niger State to protect the rights of women and girls from conflict situation.

” Over the past few months, the country has experienced a rapid increase in insecurity which has further deepen the dimensions of violence giving rise to additional burden for women and girls.

” Women and girls have continued to bear the effects and burden of violence and conflict. And COVID-19 pandemic has further heightened incidences of violence on women and girls as it introduced new dimension to violence.

” Between January and May 2020, 717 cases of rape were recorded by the Nigerian Police Force with most occuring during the COVID-19 lockdown.

” The pandemic brought with it a substantial rise in reported cases of GBV with a monthly increase of 149 % in 23 states including the northeast.

” Concerning the laws that protect women and girls, we have some states that have not domesticated and we encourage them to domesticate. We are not only looking at the law but also the sensitisation of the matte.”

She added that the organisation would continue to work with the National Orientation Agency (NOA) and other agencies to sensitise the people to bring this to bear protection of women and girls.

Obi, however, said that the organisation was working with women’s rights organisations and the National Human Rights Commission (NHRC) in the three project states to provide critical protection intervention to women and girls who suffer violations.

Also, Mrs Catriona Laing, British High Commissioner to Nigeria said that women and girls made 60 per cent of the population, hence the need to include them in decision making.

Laing noted that since women play key role in national development, it was essential to therefore include the wen in the political space of the country in the 2023 general elections.

She said that the British government would continue to support the Nigerian government to eradicate gender based violence as it relates to women and the girl child.

Similarly, Mrs Maryam Shuaibu, Wife of the Deputy Governor, Edo State, said that the state had institutionalise the protection of women and girls from GBV adding that it would continue to sustain the tempo to give the women a voice.

Shuaibu therefore called on women to take their place saying that the right of a woman does not make them vulnerable, hence the need for their protection.