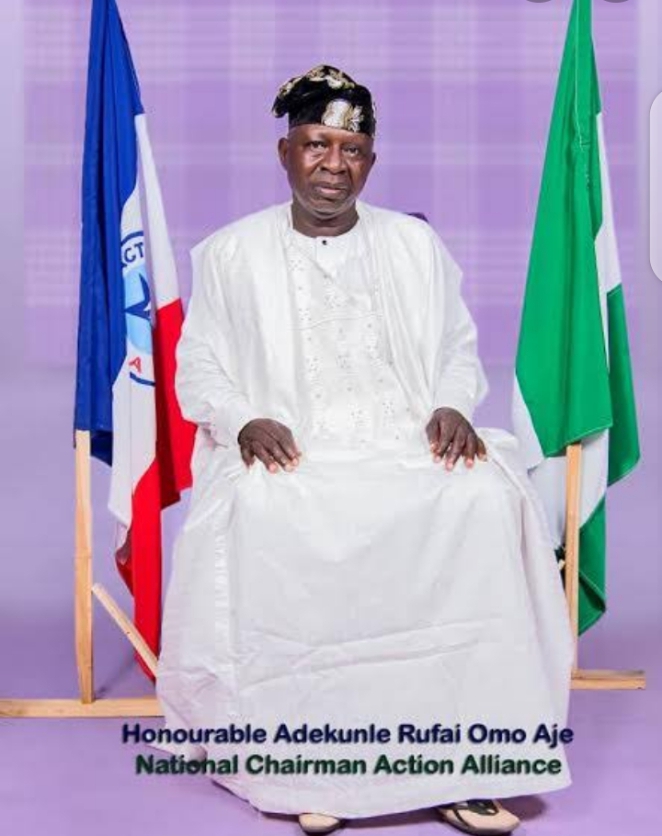 Action Alliance Political Party, (AA) has urged the Federal Government to improve the state of security, economy and power, to move the country forward.

Mr Adekunle Omo-Aje, the National Chairman of AA made the call during a media parley with newsmen on Monday, in Abuja.

Omo-Aje said that the current insecurity situation had become so bad, that no one is safe, whether on the road or at home.

“Government should please rise up and make true the promises it made during the last electioneering campaign.

” Inflation has gone beyond acceptable level. The current administration should direct efforts towards ensuring a vibrant economy for Nigeria.

“They should make Nigeria one of the industrial power houses, not only for Africa, but also the world.

“Electricity supply has been a challenge in Nigeria for decades, the issue of metering has become a mystery.

“We urge the current government to find solutions to Nigeria’s power supply challenges,” he said.

Omo-Aje said that as the world was moving towards renewable energy, the current administration should also not be left behind, adding that Nigerians deserve better.

“The e-nomination regime is an innovation that has removed every form of conflict and contestation, regarding submission of candidates by political parties.

“Late submission and incomplete documentation have greatly reduced, if not totally eliminated.

” With this and other reforms that INEC has introduced, we want to salute the Commission, Yakubu and other officials, for their diligence and outstanding capacity.

“However, we implore INEC to work harder and remain unbiased in their constitutional duties. By doing so, they give the electorate more reasons to have confidence in the electoral system,” Omo-Aje said.

He called on the media to lend a voice in the agitation for INEC to take over the conduct of Local Government Elections, to ensure credibility and avoid rigging by the political party ruling the state.

He also said that AA has no factions, adding that such a thought was just a shenanigan of some dissidents who have been constitutionally expelled from the party.

Omo-Aje said that he remained committed to achieving the party’s set objectives, adding that AA is positioned to make Nigeria the country our founding fathers dreamt of. (NAN)