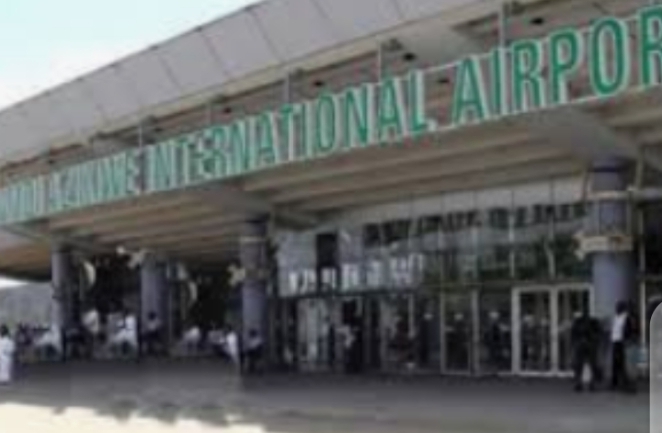 NAIA Airport Manager, Mr Sani Mahmud, disclosed this on Wednesday in Abuja at an event to celebrate the feat.

Mahmud said the award was given to NAIA as the best airport by size and region and had recorded between five million to 15 million passengers per year in Africa.

According to reports ACI is the only global trade representative of the world’s airports.

Established in 1991, ACI represents airports interests with Governments and international organizations such as ICAO, develops standards, policies and recommended practices for airports, and provides information and training opportunities to raise standards around the world.

Mahmud further added that the airport was rated according to her performance in quality service.

“By the grace of God, we top the group in that category and that is what we are celebrating today.

The awards did not just come, the Federal Airport Authority of Nigeria (FAAN) powered it.

“The award is for everybody working in the airport. Because, it is you people that have been measured by passengers. This is not by any other person but among ourselves.

“The passengers you attended to are the people that assessed you and sent it to ACI and the result is what we see today,” he explained.

Mahmud, who said that assessment was not done in Nigeria, urged the stakeholders to continue offering their best to promote the airport.

“You own this award, I expect that your company should also commend you, because you have contributed to making Nigeria excel in the aviation industry.

“I remember in 2018, we received another award for ‘Most Improved on Safety’ so, Abuja airport was able to put Nigeria in the map of history at least twice.

“I want to assure you that any other award we register, we shall win it. We have a competent team in Abuja airport that we team together and behave together,” he said.

The manager assured Nigerians that Abuja airport would continue to provide quality service to its passengers that patronize the airport.

Yadudu asserted that “Nigerians are among the most intelligent in the world. We just need to be focused. Even when we started, we did not anticipate that any award was coming,” he said.