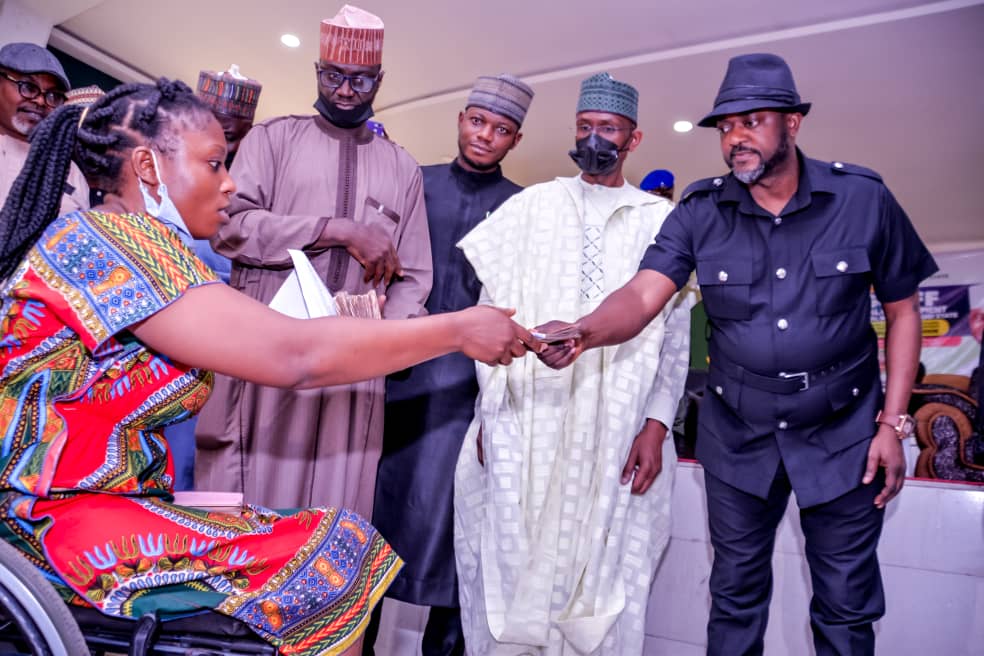 Hajiya Sadiya Farouq, Ministrer of Humanitarian Affairs, Disaster Management and Social Development has said that no fewer than 3,000 women in Kogi have benefited from the Federal Government’s Special Grant for Rural Women Project.

Farouq, in a statement on Wednesday signed by the Deputy Director of Information in the Ministry, Mrs Rhoda Iliya, said that the grant, of N20,000 each, was expected to increase income and productive assets of target beneficiaries.

The News Agency of Nigeria (NAN) reports that the grants were disbursed to the beneficiaries on Wednesday in Lokoja.

She urged them to use the grant to contribute toward improving their living standard by using it to boost their trade and business for greater income and not to see it as their own share of the so-called National Cake.

“We believe that with the complementary effort of the state government, the target beneficiaries will all be adequately covered within the next few days.

“I am optimistic that with the support and cooperation of the governor and other stakeholders, we will remain on track to improving the livelihood of the ordinary Nigerians,” Farouq said.

Farouq, who was represented by the Permanent Secretary of the Ministry, Alhaji Bashir Alkali said that the target was to disburse the grant to about 3,000 women including Persons Living with Disabilities (PLWDs) across all local government areas in the state.

Speaking, Kogi Gov. Yahaya Bello, represented by the Deputy  Governor, Mr Edward Onoja, expressed  his gratitude  to President Muhammadu Buhari and the Minister for consistently bridging the gap between the rich and the poor.

He said that the president had done that through the National Social Investment Programmes.

He said that with the 3,000 beneficiaries involved in small scale businesses, the sector would be greatly impacted financially.

He urged everyone to pray for the Buhari’s administration and other political leaders.

The Kogi Focal Person for National Social Investment Programme, Prince Abdulkareem Suleiman, said that poverty eradication was a major objective of the administration.

He pledged to support the Minister in her determination to improve the livelihood of women in the State.

A beneficiary of the cash grant, Miss Christopher Odede, thanked Buhari for the grant and promised to use the money judiciously.

He, however, noted that today the President had given them a voice and people had begun to see ability in disability.

He called on the Federal Government to provide enabling environment for the PLWDs to showcase their abilities. (NAN)